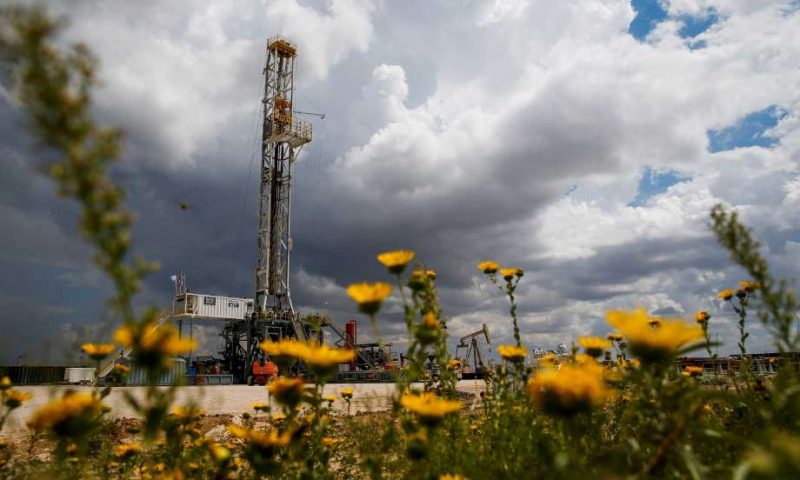 Diamondback Energy Inc (NASDAQ:FANG) gapped up before the market opened on Thursday after MKM Partners raised their price target on the stock from $133.00 to $134.00. The stock had previously closed at $81.21, but opened at $79.29. MKM Partners currently has a buy rating on the stock. Diamondback Energy shares last traded at $79.16, with a volume of 1,065,735 shares changing hands.

Diamondback Energy (NASDAQ:FANG) last announced its quarterly earnings data on Tuesday, February 18th. The oil and natural gas company reported $1.93 earnings per share for the quarter, beating analysts’ consensus estimates of $1.80 by $0.13. The company had revenue of $1.10 billion during the quarter, compared to analyst estimates of $1.09 billion. Diamondback Energy had a net margin of 6.05% and a return on equity of 6.97%. The firm’s revenue for the quarter was up 74.4% on a year-over-year basis. During the same quarter last year, the business posted $1.21 EPS. On average, sell-side analysts expect that Diamondback Energy Inc will post 8.96 earnings per share for the current year.

The business also recently announced a quarterly dividend, which will be paid on Tuesday, March 10th. Stockholders of record on Tuesday, March 3rd will be given a dividend of $0.375 per share. The ex-dividend date of this dividend is Monday, March 2nd. This is a positive change from Diamondback Energy’s previous quarterly dividend of $0.19. This represents a $1.50 dividend on an annualized basis and a dividend yield of 1.91%. Diamondback Energy’s dividend payout ratio (DPR) is 10.82%.

Diamondback Energy, Inc, an independent oil and natural gas company, focuses on the acquisition, development, exploration, and exploitation of unconventional and onshore oil and natural gas reserves in the Permian Basin in West Texas. It primarily focuses on the development of the Spraberry and Wolfcamp formations of the Midland basin; and the Wolfcamp and Bone Spring formations of the Delaware basin, which are part of the Permian Basin in West Texas and New Mexico.