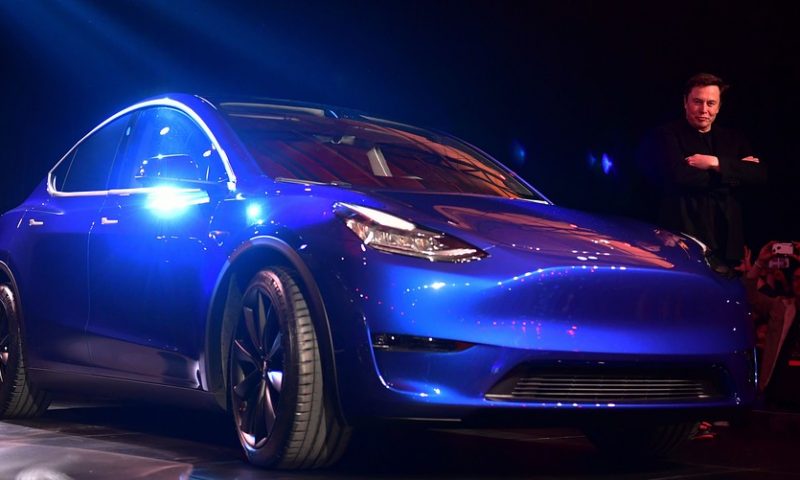 Sacconaghi raised his price target to $730, which was still 14% below current levels, from $325, while maintaining the market perform rating he’s had for at least the past three years. He said it is difficult to justify Tesla’s share price, but he acknowledged that investors are feeling much better about the company’s ability to sustain profits; Model 3 demand remains healthy; gross margins and operating expenditures are poised to materially improve; competition is “sputtering”; and production pipelines are “robust.” He also said that Tesla’s core addressable market is likely to grow by more than 30-fold over the next 20 years, plus the company has “significant addition optionality” through the truck, self-driving, battery technology and solar markets. “We are skeptical that upside possibilities are likely to be expunged any time soon–suggesting no imminent negative catalysts for the stock,” Sacconaghi wrote in a note to clients. The stock has more than doubled (up 104%) year to date, while the S&P 500 SPX, +0.37% has gained 4.4%.

US Home Construction Dips 3.6% in January