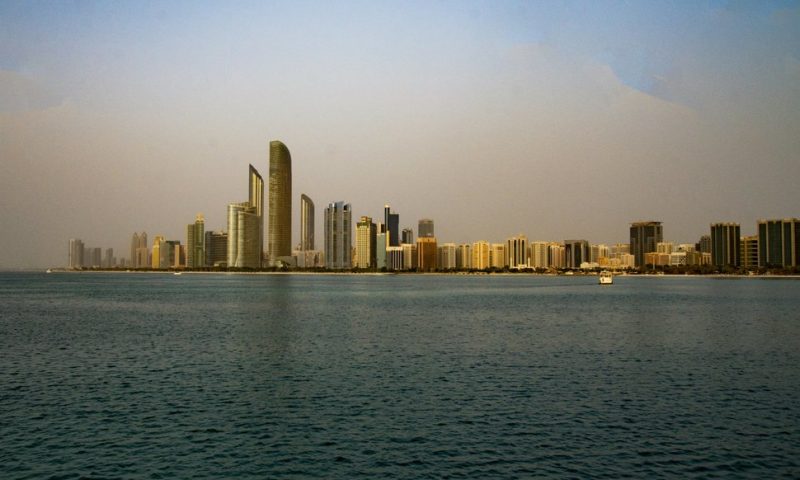 Representatives from nearly 170 countries have gathered together at the biennial conference for brainstorming and reflection, but not necessarily legislative action.

REPRESENTATIVES FROM nearly 170 countries have gathered together for the United Nations’ biennial World Urban Forum, which one representative described as a place for brainstorming and reflection, but not necessarily legislative action.

The six-day conference in Abu Dhabi, the capital of the United Arab Emirates, provides an opportunity for global stakeholders to discuss the challenges that cities face across the world, including climate change, inequality and rapid urbanization. More than half of the world’s population now lives in urban areas, and this will rise to a two-thirds share by 2050 if current trends continue, according to the U.N.

But without concrete resolutions, does the forum really matter?

Experts say it does. Here are answers to key questions about the U.N.’s cities-focused conference.

This year’s World Urban Forum is in its 10th installment, after most recently being hosted in Kuala Lumpur, Malaysia, in 2018. It launched in 2002 in Nairobi, Kenya, with the goal of addressing “rapid urbanization and its impact on communities, cities, economies, climate change and policies.”

“It is the biggest gathering of cities and urban stakeholders in the world,” said Rogier van den Berg, the director of urban development at the World Resources Institute’s Ross Center for Sustainable Cities, a research organization, via email to U.S. News. “It brings together city leaders, ministers, U.N. agencies, practitioners, NGOs and research organizations around issues of sustainable urbanization.”

Susannah Price, the head of communications for United Nations Human Settlements Program (U.N.-Habitat), the World Urban Forum’s organizing agency, added via email that the conference provides an opportunity for information sharing, and acts as a “global think tank.”

“This is the largest discussion anywhere in the world about the future of our cities and towns,” she said.

When and where is it being held?

The forum started on Saturday, Feb. 8and continues through Thursday in Abu Dhabi. This is the first time that an Arab country has hosted the event.

This year’s theme is “Cities of Opportunities: Connecting Culture and Innovation.”

What is actually done at the forum?

The event’s agenda features news conferences, round tables and sessions featuring speakers with various subjects of expertise. Price noted that by the time the conference ends, there will have been more than 540 meetings and more than 13,000 attendees from 169 countries.

Price also clarified that the World Urban Forum is not a legislative meeting – meaning there are no U.N. resolutions or policies announced at the end. Rather, the focus is on learning, networking and raising awareness, she added.

This year, a big point of discussion is the “decade of action” ahead, according to van den Berg. He noted plans for implementing the U.N.’s Paris Agreement from 2015, which featured countries joining together in a commitment to combat climate change.

While World Urban Forums typically end with a negotiated declaration, Price said that Maimunah Mohd Sharif, executive director of U.N.-Habitat, called for a shift to actions this year, and stakeholders are expected to outline their actions and two-year commitments toward sustainability goals by the end of the conference.

What has been done in the past?

Van den Berg, who formerly worked for U.N.-Habitat before joining the World Resources Institute, said the forum has been instrumental in coordinating international partners around urban issues.

For example, he said, previous forums have “played a major role in shaping” the New Urban Agenda, which was approved at the U.N.’s Habitat III conference in Quito, Ecuador, in 2016. The agenda “represents a shared vision for a better and more sustainable future” for both developed and developing countries.

At both the last World Urban Forum in Kuala Lumpur and this year’s forum, the focus has been on implementation of the agenda, according to van den Berg. Implementation could include setting up urban rules, regulations, plans and designs.

Why does it matter?

Price said the forum can be a “revelation” for people “who may take the state of their cities and towns for granted.”

“It is very easy to get overwhelmed by all the challenges and negative issues surrounding cities, but delegates are coming away from this forum thinking about creativity and innovation,” she added.

For van den Berg, the World Urban Forum is important due to the role it can play in combating climate change. He noted that the world will see 2.5 billion more urban residents by 2050 amid warming temperatures.

“The challenge of urban growth and simultaneously creating cleaner, safer and more livable environments is a challenge that can be turned into a social and economic opportunity when cities take the lead,” van den Berg added.

Price echoed van den Berg, adding, “Cities are responsible for the majority of energy consumption and greenhouse gases and they must be part of the solution.”