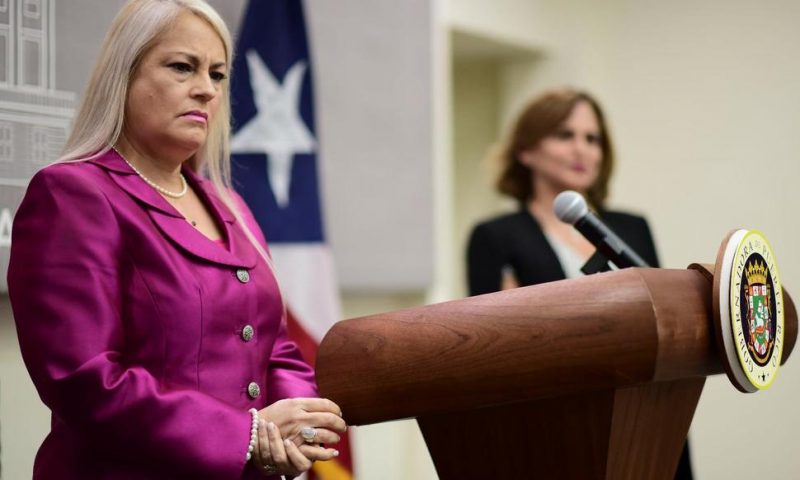 Puerto Rico’s fragile economy is facing an uncertain future after the island’s governor rejected a settlement announced late Sunday with bondholders that would reduce the U.S. territory’s public debt by 70%.

The settlement is the biggest one to date since the island’s government announced in 2015 that it was unable to pay its more than $70 billion public debt load and filed for the largest U.S. municipal bankruptcy in May 2017.

It’s unclear whether the deal will become final, with Gov. Wanda Vázquez saying it places too heavy a burden on the island’s retirees and noting that it still requires legislative approval. The deal also has to be approved by a federal judge overseeing a bankruptcy-like process for Puerto Rico.

“If the bondholders receive better treatment in the bankruptcy process, so should retirees,” she said. “This is an issue of basic justice.”

She said bondholders received new legal protections in amendments made to a September 2019 adjustment plan, but that retirees did not receive anything additional.

It’s the latest clash between Vázquez and a federal control board overseeing Puerto Rico’s finances, which reached the deal with several groups of bondholders to reduce the island’s bond debt from some $35 billion to roughly $11 billion.

“The new agreement is another step forward for Puerto Rico, one that gets the island much closer to ending bankruptcy and to the beginning of a true economic recovery,” she said in a statement.

Board members did not respond to the governor’s rejection of the settlement, and a board spokesman did not return a call for comment.

The announcement comes as Puerto Rico struggles to recover from Hurricane Maria, which hit as a Category 4 storm in 2017, and a series of strong earthquakes that have damaged or destroyed hundreds of buildings along the island’s southern region.

Over the weekend, Puerto Rico government officials including Vázquez accused the board of delaying approval to release funds to help those affected by the quakes, accusations that the board denied in a letter earlier on Sunday before it announced the debt deal.

“Allegations that the…board has over 50 pending requests including for food, water and portable toilets are untrue,” it said. “None of the ten requests received were for portable toilets or water. All requests were processed within hours of receipt.”

Many have criticized Vázquez’s administration over its response to the 6.4 earthquake that killed one person on Jan. 7 as heavy aftershocks keep further damaging buildings.

Meanwhile, Puerto Rico economist José Caraballo told The Associated Press that he worries the deal could threaten basic government services and leave the island without sufficient funds to respond to the pending needs from the hurricane and earthquakes.

“The risk of a second bankruptcy and a prolonged recession is bigger than before,” he said.

Puerto Rico is mired in a 13-year recession, and roughly half a million people have left the island in the past decade, fleeing from the economic crisis and the aftermath of the hurricane and earthquakes.