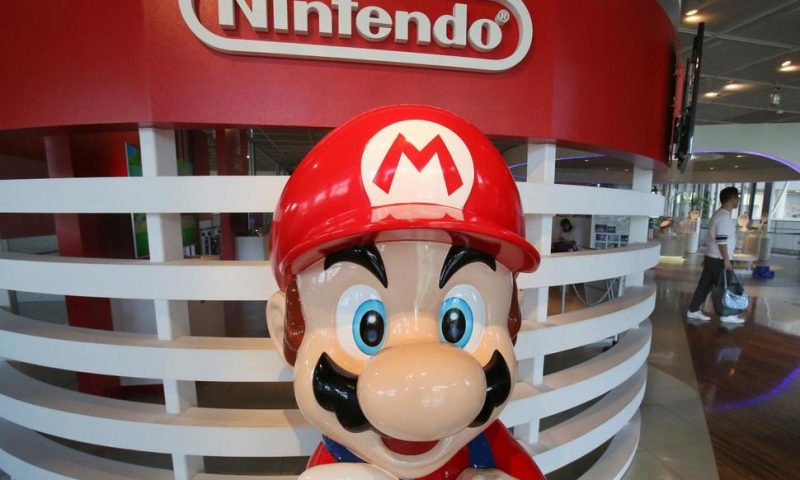 Japanese video game maker Nintendo is reporting a 29% rise in quarterly profit on solid demand for its Switch console during the year-end shopping season.

TOKYO — Japanese video game maker Nintendo Co. reported Thursday a 29% rise in quarterly profit, as its earnings got a lift from solid demand for the Switch console during the year-end shopping season.

It raised its full year Switch sales forecast to 19.5 million machines, up from 18 million projected earlier.

The Switch is a hybrid game machine that works both as a console and a tablet. More than 52 million Switch consoles have been sold since sales began about three years ago.

That number includes the handheld Switch Lite, launched in September, which is a compact and lightweight version, meant for on-the-go playing.

Nintendo said it will continue to offer games for mobile devices, not just its own consoles like the Switch and 3DS, to attract more consumers.

Income from its mobile operations rose nearly 11% over the nine months through December, compared to the previous year, according to Nintendo.

Nintendo is also branching into other businesses, such as its own branded stores, an event space in Tokyo which has already opened and a Nintendo park set to open at Universal Studios Japan in Osaka, central Japan, later this year.

The company hopes to cash in on its rich content with products like Pikachu dolls and other merchandise featuring Nintendo characters.

It kept unchanged its sales forecast for the fiscal year through March at 1.25 trillion yen ($11 billion), up 4% on year.