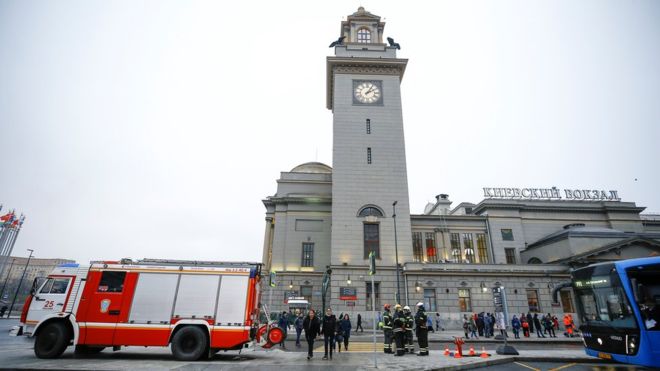 More than one million residents of Moscow have had their everyday lives disrupted as Russia remains gripped by a spate of hoax bomb threats that have led to mass evacuations.

On Monday, Russian media reported that all of the stations on the Moscow metro had been checked after receiving hoax bomb threats, as were more than 100 schools and nurseries, and 20 shopping centres.

Hospitals, railway stations, courts and administrative buildings across Russia have all been evacuated in recent weeks, in what has been described by the investigative newspaper Novaya Gazeta (in Russian) as “an unprecedented wave of telephone terrorism”.

No official figures have been released, but Russian media say more than one million people have been affected in Moscow since the latest wave of hoaxes started on 28 November last year.

Some 10,000 people were reportedly evacuated in Moscow on Monday alone.

Other major cities have also been targeted, but no bombs have been found so far.

It remains unclear who is behind the bomb threats, and the security and emergency services have remained largely silent on the issue.

This prompted Novaya Gazeta to call on the Federal Security Service (FSB) to stop ignoring the problem.

Reflecting the silence from officials, the country’s tightly controlled state TV channels have also made barely any mention of the bomb hoaxes.

Since 28 November, there have been just two such reports on government-funded TV, which has a track record of ignoring or playing down disturbing news stories. Both referred to incidents in Russia’s Far East and made no mention of similar problems in other major cities.

Russian internet users have taken to social media to vent their frustration.

“Hoax bombs have been targeting shopping centres, courts and train stations all over Moscow. Security has been boosted, court hearings moved, and government agencies are in a complete stupor. But nobody’s going to tell you about that, you’re supposed to watch the omnipresent Old Geezer [Putin],” one Twitter user said (in Russian).

Another commentator accused the police of “arresting schoolkids at rallies” instead of dealing with serious problems such as bomb hoaxes.