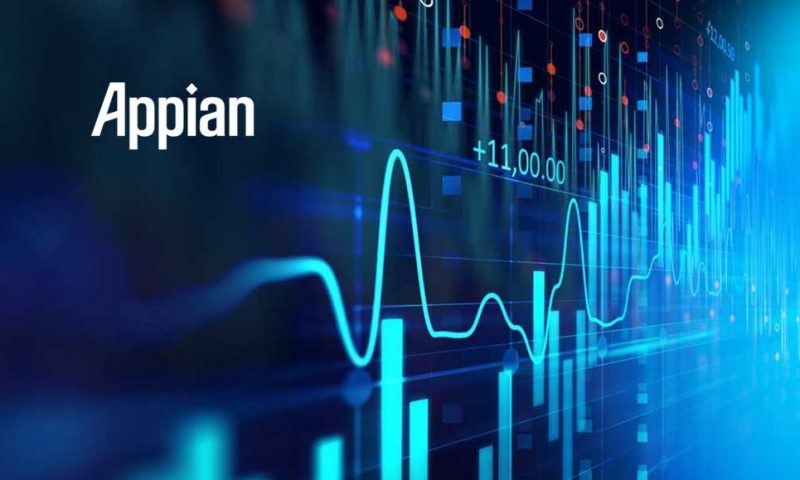 Appian (NASDAQ:APPN) was upgraded by equities researchers at BidaskClub from a “hold” rating to a “buy” rating in a note issued to investors on Wednesday, BidAskClub reports.

Appian (NASDAQ:APPN) last announced its earnings results on Thursday, October 31st. The company reported ($0.14) earnings per share (EPS) for the quarter, topping the Thomson Reuters’ consensus estimate of ($0.15) by $0.01. The business had revenue of $69.39 million during the quarter, compared to analyst estimates of $65.26 million. Appian had a negative return on equity of 61.04% and a negative net margin of 20.80%. Appian’s revenue for the quarter was up 26.3% compared to the same quarter last year. During the same period last year, the company earned ($0.13) EPS. On average, research analysts anticipate that Appian will post -0.79 earnings per share for the current fiscal year.

Appian Corporation provides low-code software development platform that enables organizations to develop various applications in the United States and internationally. The company’s platform automates the creation of forms, data flows, records, reports, and other software elements that are needed to be manually coded or configured.