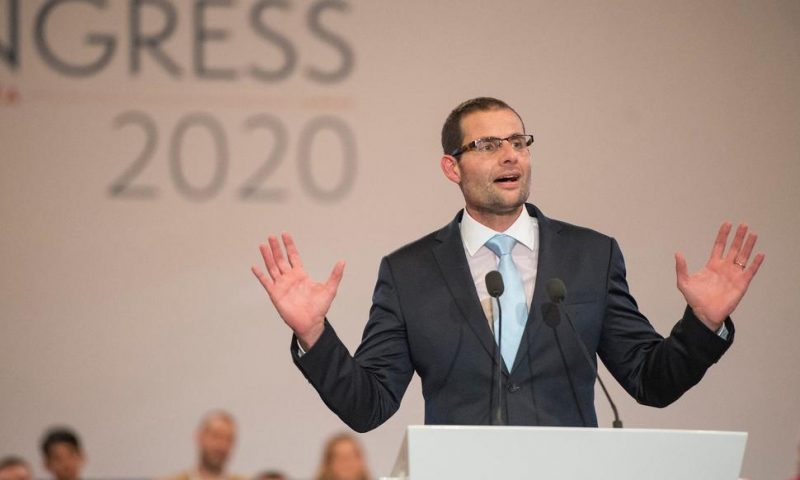 A first-term lawmaker whose father was Malta’s president has been chosen to be the country’s prime minister.

VALLETTA, Malta — A first-term lawmaker whose father was Malta’s president was chosen to be the country’s prime minister, replacing Joseph Muscat after weeks of protests demanding accountability in the investigation of the car bomb slaying of an anti-corruption journalist who targeted his government.

Criticism had poured in from abroad about inadequacies in the European Union country’s judicial and police systems, and domestic critics expressed outrage that members of Muscat’s inner circle had been linked to the still ongoing investigation to find out who ordered the assassination.

Still, Abela alluded to the national trauma triggered by the slaying in the island nation, saying that now “the ship has been steadied.”

The count on Sunday showed Abela received nearly 58% of votes cast Saturday by members of the governing Labour Party eligible to choose the new leader.

But although many Maltese had pushed for Muscat’s resignation in frustration over the handling of the investigation, the change in leadership might not bring much policy change.

Abela, a 42-year-old specialist in labor and industrial law, did pledge before the party vote to help repair Malta’s reputation. But he is also widely considered a Muscat protege.

The Labour Party, which commands a comfortable parliamentary majority, appeared to choose a leader who would follow much in Muscat’s path.

A re-occurring word in Abela’s victory speech, delivered after embracing and shaking hands with some of the hundreds of supporters packed into a sports arena, was “continuity.”

Still, for opposition politicians, seeing Muscat resign because of public outrage gave some measure of satisfaction.

Muscat “comes tumbling down — forced out of office in disgrace – defeated by the woman whose voice even her assassination could not silence,” tweeted Roberta Metsola during the weekend voting. She is a Nationalist Party politician who serves in the European Parliament.

Stepping down midway though his second term as premier, Muscat earlier tweeted his congratulations, saying, “Proud to be handing over to him #Malta PM office on Monday,” when Abela will be sworn in.

Abela has said he would work to restore Malta’s reputation for rule of law. Concerned EU lawmakers, after a fact-finding mission to the island, had criticized the member nation’s judiciary and police.

Late last year, a close aide to Muscat was questioned in connection with Caruana Galizia’s killing, denied wrongdoing and was released while still under investigation. A Maltese hotelier, who denies involvement, has been accused of complicity in the killing. Three other men, accused of triggering the bomb, are under arrest.

Muscat had beaten Abela’s father in the race for the party leadership in 2008. George Abela was later appointed president, serving from 2009 until 2014.

Robert Abela told his supporters that he will press on with an agenda focused on “unity, equality, social mobility and justice.”

Malta’s lax banking and other financial regulations have given it a reputation as an attractive haven for money launderers. The nation also works hard to attract the wealthy, selling Maltese passports for hundreds of thousands of euros.

Abela has pledged to keep the passport sales going, terming them an important revenue source, although saying he was open to tightening the rules if needed.

Muscat had expressed pride in his government bringing social changes such as same-sex marriage to Malta, which had long been socially conservative.

Milan Designers Consider Menswear for the Next Decade