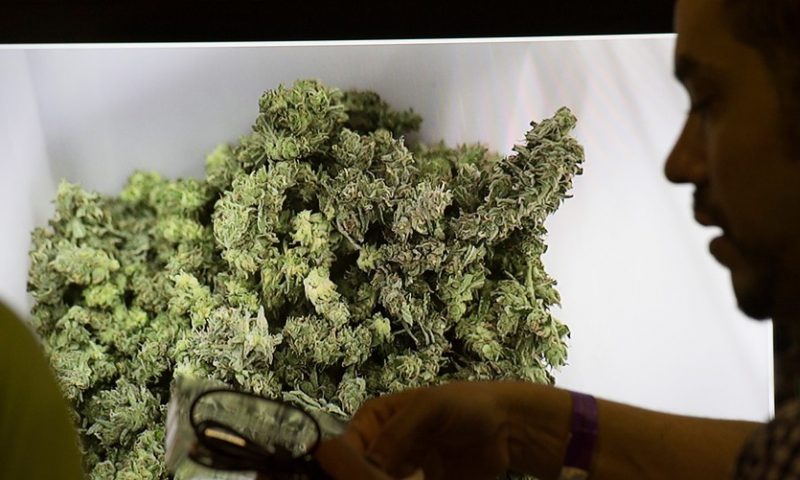 Hexo Corp. and Aurora Cannabis Inc., shares were leading weed stocks mostly lower Monday, adding to what is likely to shape up to be a third straight day of losses in 2020.

In afternoon trading, shares of Aurora Cannabis ACB, -5.00% ACB, -5.38% were down 5% after the company listed an Exeter, Ontario greenhouse for C$17 million, which at one point was expected to produce over 105,000 kilograms of marijuana a year. Aurora ended up with the compound after it acquired MedReleaf, which originally bought the property for C$21.5 million in cash and over 200,000 shares of MedReleaf stock.

In a note to investors Monday, MKM Partners analyst Bill Kirk wrote that Aurora’s failure to license the facility and sell cannabis grown there suggests that Aurora will likely write down a “large amount” of goodwill — roughly C$2 billion — in the future. As MarketWatch has previously reported, Aurora accumulated more than C$2.11 billion in goodwill from its MedReleaf acquisition

“We believe more divestitures are likely, as Aurora has a major cash problem, and this listing only covers about two weeks of cash burn,” Kirk wrote in the note. “…We are also discouraged with the visibility of Aurora’s strategy — investors were unaware Aurora was trying to sell Exeter (despite a facilities update on Dec. 23, 2019) and are in the dark regarding dilution timing as Aurora uses its [at-the-market] equity facility.”

In a statement, Aurora said that the non-operation Exeter greenhouse would require a retrofit and a “significant capital investment” to begin operations there. Aurora also announced in November that it was halting construction on a weed facility in Europe and another in Canada.

Meanwhile, Hexo’s shares were down 6.3% in Monday trading, with other Canadian listed cannabis companies also traded in negative territory.

Meanwhile, Aphria Inc. stock fell 3.7% in Monday trading after a blog post from Harvest Moon research said Aphria APHA, -3.02% APHA, -3.43% vaporizer brands The Good Supply and Solei are being voluntarily recalled across Canada because the pens have developed leaks. New Brunswick was the first province to identify the problems, the blog post says.

“Out of an abundance of caution we asked provincial customers to return certain initially shipped ‘510 cartridges’ that did not meet our intended consumer experience,” an Aphria spokeswoman said in an emailed statement. “We expect to resume shipment of these products shortly.”

The Supreme Cannabis Co. Inc. FIRE, -3.17% SPRWF, -1.66% said Monday that former Chief Executive Navdeep Dhaliwal would be immediately leaving the company. The company didn’t specify a reason or immediately respond to a request for comment. Supreme said that it had appointed current board member Colin Moore as interim president and CEO while it finds a replacement. According to a person familiar with the matter, the departure of Supreme’s CEO was pegged to its recent underperformance.

FSD Pharma Inc. HUGE, +20.27%, which currently lists on the Canadian Securities Exchange, said Monday that it expects to begin trading on the Nasdaq exchange Jan. 9 under the ticker HUGE.

In the U.S., Harvest Health & Recreation Inc. HARV, -5.26% HRVSF, -4.33% said Monday that it was in talks to acquire Interurban Capital Group Inc. for $87.5 million in Harvest stock, and the assumption of debt that would be convertible into 205,594 multiple voting shares of Harvest stock. Have a Heart holds seven retail dispensary licenses in California and also operates dispensaries in Washington and Iowa. Harvest’s stock fell 4.4%.