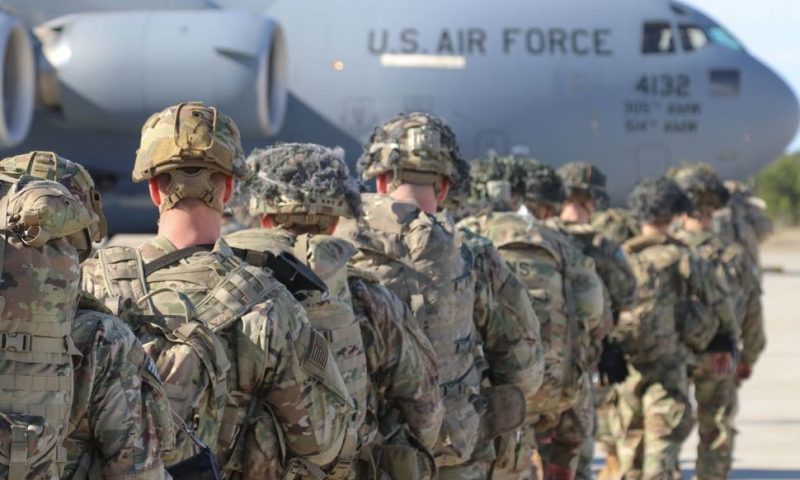 The deployment in the aftermath of killing Qassem Soleimani comes amid a sharp escalation in potential conflict between Iran and the U.S.

Multiple news outlets including The Associated Press reported the deployment Friday, citing unnamed U.S. defense officials, less than a day after the airstrike on a convoy outside Baghdad International Airport that killed the elusive leader as well as pro-Iranian Iraqi militia leader Abu Mahdi al-Muhandis.

The Defense Department later confirmed some additional forces would deploy.

“As previously announced, the Immediate Response Force (IRF) brigade of the 82nd Airborne Division was alerted to prepare for deployment, and are now being deployed,” a Pentagon spokesman said on the condition of anonymity. “One battalion of the IRF was deployed to the [region]. At the same time, the remainder of the brigade was placed on 96-hour notice. This deployment was an anticipated and expected outcome when they were placed on notice. The brigade will deploy to Kuwait as an appropriate and precautionary action in response to increased threat levels against U.S. personnel and facilities, and will assist in reconstituting the reserve.”

The new deployment serves as the latest escalation from both Washington and Tehran in recent weeks. Days before ordering the airstrike that killed Soleimani, Trump ordered early 1,000 Army airborne troops and Marines into Iraq in response to violent protests outside the U.S. Embassy in Baghdad last week. The protesters, members and supporters of Iranian-backed militias, were outraged by a series of U.S. airstrikes targeting pro-Iranian militia group Kataib Hezbollah, killing more than a dozen of its fighters. That group was responsible for a rocket attack against a U.S. base near Kirkuk in December that killed an American contractor and wounded others.

Iran’s supreme leader Ayatollah Ali Khamenei pledged “severe revenge” against the U.S. in response to the attack that killed Soleimani.

Several members of Congress have expressed concern about what they consider needless military escalation in and around Iraq, and they have questioned the legal authority to carry out the strike against Soleimani and to open a new offensive against Iran.

Between May and December, Trump deployed an additional 15,000 troops to the Middle East amid what defense, diplomatic and intelligence officials said was an increased threat posed by the Islamic Republic.

The Trump administration has adopted a “maximum pressure” policy toward Iran, including harsh sanctions against its economy and top leaders. Before this week, the president had balked at responding to Iran’s violent provocations with military action, opting instead for economic and diplomatic reprisals.