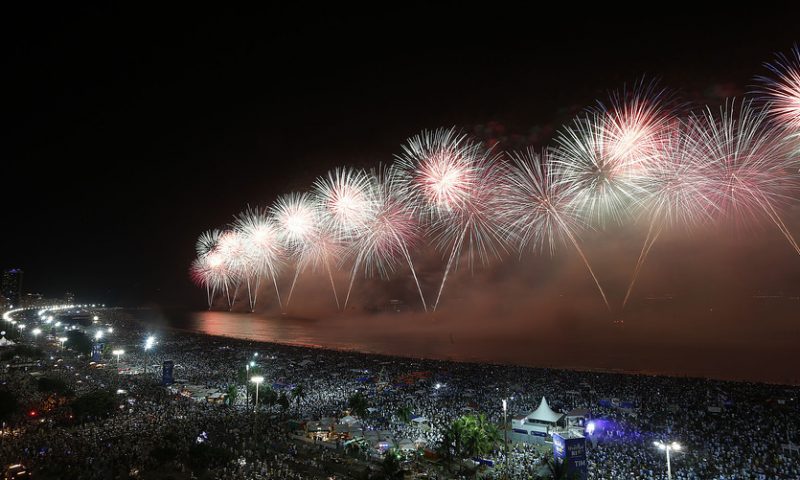 U.S. stock indexes closed at new record highs on the first trading day of 2020, with bulls building on the best year for the S&P 500 since 2013 after a move by China’s central bank aimed at stimulating the country’s economy.

What did the major indexes do?

Financial markets in the U.S. and much of the world were closed Wednesday for New Year’s Day.

Gains for U.S. stocks followed a rally for Asian and European markets that analysts attributed in part to the decision by China’s central bank to announce it would reduce the portion of deposits its commercial banks are required to set aside as reserves. The 0.5-percentage-point cut in the reserve requirement ratio by the People’s Bank of China will inject more than 800 billion yuan ($114.9 billion) into the financial system.

“The update from the PBOC helped Chinese stocks, and that positive sentiment spilled over to Europe,” said David Madden, market analyst at CMC Markets, in a note.

“China has been central to the rally in global stocks in recent weeks as last month it was revealed that Beijing and Washington, D.C., agreed phase one of the trade deal,” Madden added.

President Donald Trump on Tuesday announced he would sign a phase-one trade deal with China on Jan. 15.

Activity in China’s manufacturing sector grew at a slower rate in December but expanded for a fifth straight month, according to the final Caixin purchasing managers index for the sector, released Wednesday, which fell slightly to 51.5 from a November reading of 51.8.

Leading stocks higher was heavy buying of sectors considered ‘cyclical,’ or those that tend to do well during times of healthy economic and profit growth. Technology stocks performed best Thursday, as evidenced by a 1.6% rise in the Technology Select Sector SPDR Fund XLK, -0.95% , followed by the industrial sector, which added 1.4%, as measured by the Industrial Select Sector SPDR Fund XLI, -0.91% .

“Overall this is a liquidity-driven momentum rally,’ said Alec Young, managing director of global markets research, in an interview. “Chinese easing overnight has gotten it kicking into high gear and folks are getting bullish on growth and that advantages large-cap tech stocks,” he added.

In U.S. economic data, the number of people applying for first-time jobless benefits in the week ended Dec. 28 slipped to 222,000, matching the MarketWatch consensus forecast. The U.S. IHS Markit manufacturing purchasing managers final index for December slipped to 52.4, still a positive reading, but below the 52.6 reading notched in November.

Boeing BA, -0.29% closed 2.3% higher, also supporting the Dow, even though Reuters reported that Airbus EADSY, -0.64% has seized the crown of the world’s largest plane maker for the first time since 2011 after delivering a forecast-beating 863 aircraft in 2019.

Shares of Advanced Micro Devices Inc. AMD, -1.59% ended the day up 7.1% after Instinet analysts upped their price target by nearly 50%.

Shares of Tesla Inc. TSLA, +3.60% started the new year the way they ended 2019, with a rally, as some analysts expressed optimism regarding the upcoming release of the electric vehicle maker’s fourth-quarter production and delivery data. Shares rose 2.9%

The value of the U.S. dollar rose 0.4% relative to a basket of trading partners, according to the ICE US Dollar Index. DXY, +0.13%