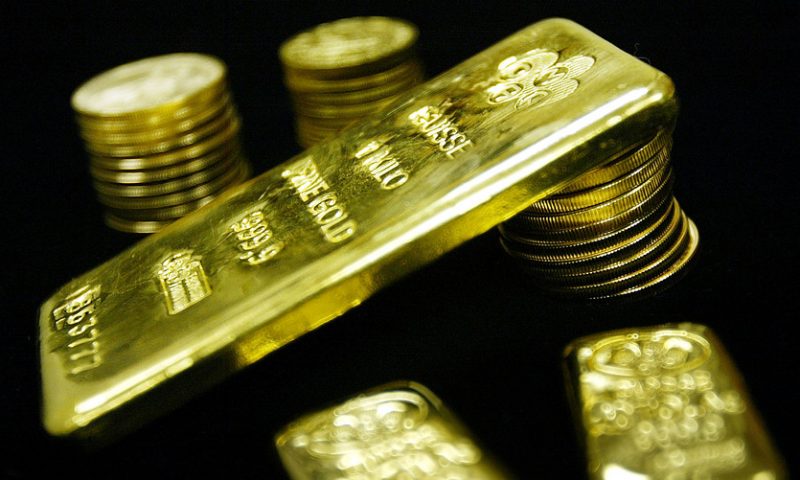 Silver settles at $18 an ounce

Gold prices clinched a 5-day win streak, its longest in about 6 months, while settling near a three-month high as investors got ready for the end of 2019 with one day remaining in trade.

Bullion’s value has been partially supported by apparent progress toward a scaledown of the Sino-American trade war but fears that President Donald Trump’s administration may scuttle any partial agreement at the last minute have helped to draw bids and limit losses for haven metals, market experts said.

Chinese Vice-Premier Liu He is set to travel to Washington on Saturday, where he is expected to sign the limited trade deal agreed to earlier this month with the Trump administration, the South China Morning Post reported Monday.

“It is only fears of Trump withdrawing from the trade deal that is preventing gold and silver from a crash,” wrote Chintan Karnani, chief market analyst at Insignia Consultants, in a Monday research report.

Gold for February delivery GCG20, +0.42% on Comex added 50 cents, or less than 0.1%, to settle at $1,518.60 an ounce, after the metal on Friday touched its highest level for the most-active contract since Sept. 24 when it closed at $1,540.20, according to FactSet data. That marked its fifth-straight gain, or the longest win streak for gold in about six months, dating back to an eight-session win streak ended June 7, according to FactSet data.

Gold also was finding some support after the Trump administration warned of potential “additional actions” following U.S. military airstrikes in Iraq and Syria on Sunday against an Iran-backed militia group, which was blamed for killing an American civilian contractor on an Iraqi military base.

“Another factor contributing to the rally in gold is the U.S. airstrikes carried out in Iraq and Syria against Iranian-backed groups,” wrote Lukman Otunuga, senior research analyst at FXTM in a daily note Monday.

“If geopolitical tensions increase in the Middle East, there will be more reasons for investors to increase their allocation in gold, otherwise the gold rally makes little sense while equities are making record highs.”

Gold usually moves in the opposite direction of assets considered risky like stocks but the metal has enjoyed a strong year. By comparison, the Dow Jones Industrial DJIA, -0.20% has gained about 22% so far this year and the S&P 500 index SPX, -0.16% has risen more than 28% over the past 12 months.

Gold and other dollar-pegged commodities have benefited from some weakness in the U.S. dollar over the past three months. One measure of greenback, the ICE U.S. Dollar Index DXY, -0.30%, a gauge of the buck against a half-dozen rivals, has declined 2.7% over the quarter, despite its 0.5% year-to-date gain. A weaker dollar can make assets priced in the currency more attractive to buyers using other monetary units.

Huawei Sales up 18% but US Pressure Means Tough Times Ahead