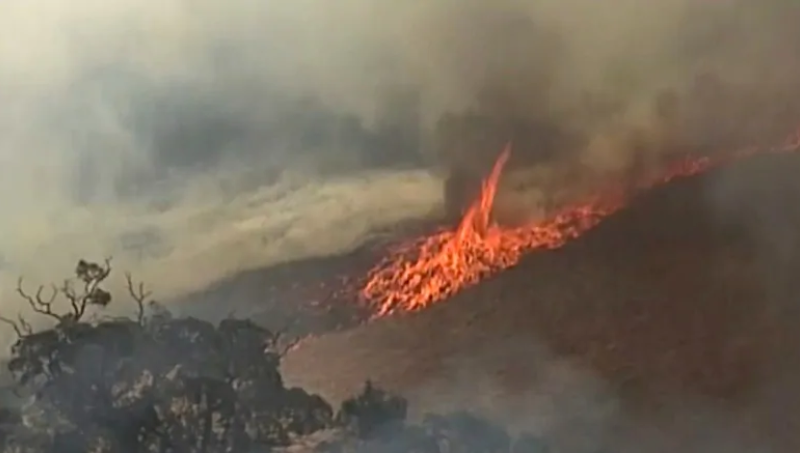 Areas of Australia that have been ravaged by deadly wildfires experienced temporary relief on Wednesday, but oppressive conditions are expected to return this weekend.

About 50,000 square kilometres of land have burned over the past few months, with nine people killed and more than 950 homes destroyed.

New South Wales (NSW), the country’s most populous state, has received the brunt of the damage, with around 850 homes razed in the state.

Parts of NSW, including Sydney, experienced cool and damp conditions on Christmas Day, but more than 70 fires continued to burn across the state. NSW has been in a seven-day state of emergency that was to expire on Wednesday night.

About 2,000 firefighters and 400 fire trucks battled the blazes in more favourable conditions, but high temperatures are set to return. Sydney is forecast to hit 31 C on Sunday, while the western suburbs could reach 41 C.

Dozens of Canadian firefighters have travelled to Australia to help with the effort.

Fire danger ratings remained high in northwestern NSW, and were between high and moderate for the rest of the state.

The wildfire crisis forced Morrison to cut short his much-criticized family vacation in Hawaii. He returned to Australia on Saturday night.

“To Andrew and Geoffrey’s parents, we know this is going to be a tough Christmas for you, first one without both those two amazing men,” he said.

“I want to thank all those who serve our nation, serving as volunteers fighting those fires as we speak.”

About 200 firefighters continued to battle a wildfire Wednesday in the Adelaide Hills, which on Wednesday was at the “watch and act” level issued by the South Australian Country Fire Service.

South Australia state, which last week had 86 homes destroyed after wildfires flared in catastrophic conditions, is bracing for a return of extreme temperatures, with Adelaide, the state capital, expected to reach 41 C on Saturday.

Iran internet ‘disrupted’ ahead of protests