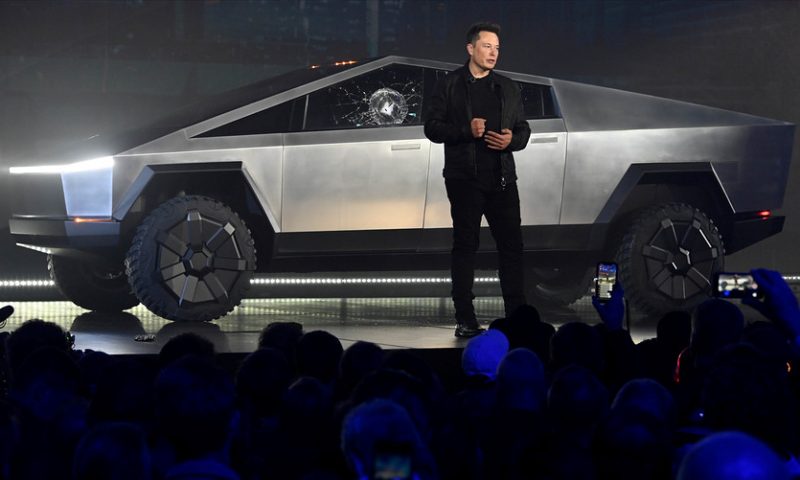 That doesn’t mean you should buy it, analyst says

The best-case scenario for Tesla Inc. stock is zooming to $500, an upside of nearly 50% thanks to the Silicon Valley car maker’s Cybertruck and the progress of its China factory.

Their perhaps more realistic “base case” remained at $250, and the “bear case,” set in May, calls for $10 on lingering demand concerns. Morgan Stanley rates Tesla stock at their equivalent of hold.

“To be clear, we are not bullish on Tesla longer term,” as more and more investors are bound to perceive Tesla as a traditional auto maker, the analysts said in the note. There could be a surge in sentiment in the first half of the new year, but questions remain about how sustainable that would be, they said.

Tesla stock outperformed equity indexes on Friday, looking to end the seesawing week with gains of around 2%.

Of that $60 increase on the bull side of things, $20 comes from the Cybertruck unveiled last month and $40 from a would-be surge in China, Morgan Stanley said. The optimistic scenario is Tesla being able to sell about 100,000 of the angular pickup truck at an average price of $50,000 by 2024.

Tesla Chief Executive Elon Musk has said Tesla has about 250,000 deposits for the Cybertruck, so Morgan Stanley is banking on roughly 40% of those turning into sales. The analysts called that an “optimistic assumption” given that Cybertruck preorders require a $100 refundable deposit.

Investors like Twitter’s junk-bond deal so much it increased to $700 million, setting record for a first-time issuer