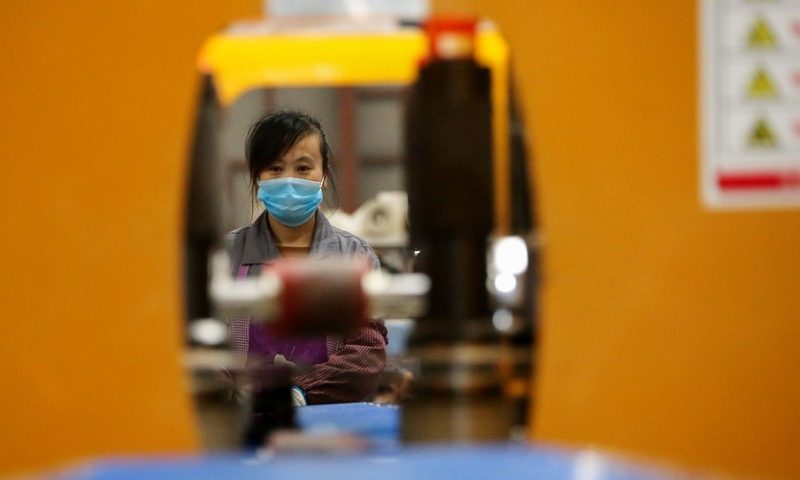 U.S. stocks trade on either side of unchanged Monday morning after data showed a rebound in Chinese manufacturing activity as investors continue to monitor U.S.-China trade talks and holiday season retail activity.

In premarket trade, stock-index futures trimmed gains after President Donald Trump announced via Twitter that the U.S. would restore tariffs on all steel and aluminum shipped into the U.S. from Brazil and Argentina.

A positive tone across global markets early Monday was attributed to data showing a pickup in manufacturing activity in China. The Caixin manufacturing purchasing managers index rose to 51.8 in November from 51.7 in October, Caixin Media Co. and research firm Markit said Monday — with the reading remained above the 50 level that separates expansion from contraction. Earlier, China’s official manufacturing PMI reading moved back into expansion activity, rising to 50.2 in November from 49.3, according to the country’s National Bureau of Statistics, marking the first reading above 50 for the index since April.

“There is now a broad investor consensus that the worst of the trade war jitters are behind us as global economies resynchronize into a new growth cycle while the U.S. and China continue to negotiate and not aggravate the situation with a series of new tariffs,” said Boris Schlossberg, managing director of FX strategy at BK Asset Management, in a Monday note.

“This view has supported both equities and [currencies that benefit from increased risk appetite] over the past few weeks” and has been bolstered by marginally better economic data in developed countries, he said.

But investors also got a reminder of the potential for negative trade headlines, with futures paring gains after Trump accused Brazil and Argentina of “presiding over a massive devaluation of their currencies, which is not good for our farmers.” Trump tweeted that, effective immediately, “I will restore Tariffs on all Steel & Aluminum that is shipped into the U.S. from those countries.”

Meanwhile, China is insisting that U.S. tariffs be rolled back as part of any “phase one” trade deal, China’s state-run Global Times said Sunday. And Axios reported Sunday that deal is unlikely to be agreed upon before late December, but that Trump is expected to put off tariff hikes scheduled to take effect Dec. 15 to keep negotiations alive.

Investors will also be keeping an eye on retail stocks as the so-called Cyber Monday shopping day gets under way. Adobe Analytics said this year’s Black Friday was the biggest ever for online sales, coming in at $7.4 billion and ranking just behind last year’s Cyber Monday haul of $7.9 billion. Adobe forecasts online sales to hit $9.4 billion this Cyber Monday.

U.S. investors will get a look at November manufacturing activity on the home front, with the Markit manufacturing purchasing managers index due for release at 9:45 a.m. Eastern, followed by the more closely watched Institute for Supply Management manufacturing index at 10 a.m. Eastern. The ISM index is forecast to rise to 49.2% from an October reading of 48.3%.

Separately, October construction spending data is also due at 10 a.m. Eastern and is forecast to show a rise of 0.4%.

Dow Component Intel Corp.’s INTC, +0.28%  stock rose 0.7% Monday after it announced the completion of the sale of the majority of its smartphone modem business to Apple, a $1 billion deal announced July 25.

Shares of Wells Fargo & Co. WFC, -0.21%  edged down 0.2% early Monday, after Raymond James analyst David Long cut his rating on the bank’s stock from to underperform from market perform.

McDermott International Inc. MDR, +6.20%  stock rallied 10.4%, after the energy-services company announced access to $350 million in financing and a forbearance agreement with some of its creditors.

Amazon.com Inc. AMZN, -0.75%  stock was up 0.1% before the start of trade as Cyber Monday got under way, one of the most important days of the year for the online retail giant.

Shares of Apache Corp. APA, -13.15%  were down 10.8% after the firm gave an update on the status of a new offshore well, Maka Central #1, off the coast of Suriname, but provided no new information on site’s potential profitability.