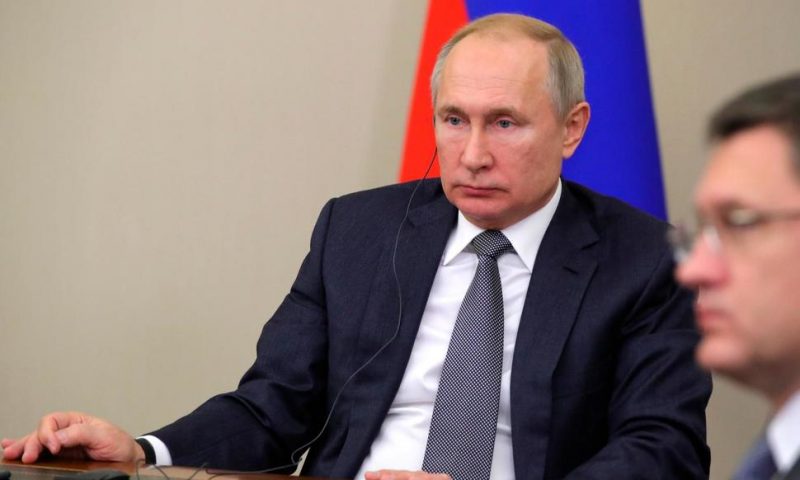 China and Russia have launched a gas pipeline that is more than 6,000 kilometers (3,750 miles) long, an outcome of their long-planned energy partnership.

BEIJING — China and Russia launched on Monday a gas pipeline that is more than 6,000 kilometers (3,750 miles) long, an outcome of their long-planned energy partnership.

As its relationships with Europe and the United States have grown more volatile, Russia is looking to bring its vast natural gas resources to the east. China is the world’s largest energy consumer and needs new supply sources to meet domestic demand.

“This step takes Russia-China energy cooperation to a whole new level and brings us closer to achieving the goal set together with Chinese President Xi Jinping of extending bilateral trade turnover to $200 billion in 2024,” Putin said.

The pipeline bolsters the nations’ ties while China is embroiled in a trade dispute with the U.S. It stems from a $400 billion deal signed in 2014 by Russian state energy giant Gazprom, which agreed to deliver 38 billion cubic meters of natural gas annually to China National Petroleum Corp for the next 30 years. Gazprom built the Russian side of the pipeline, which runs from new Siberian gas fields to the Chinese border.

Russia began seeking alternative economic partnerships after the U.S. and European Union imposed sanctions over its annexation of the Crimean Peninsula in March 2014.

The Chinese side of the line starts in northern Heilongjiang province, reaching southward to Shanghai. Demand for natural gas has risen in northern China as the government seeks to control smog by moving households away from burning coal for heat in the winter.

The Power of Siberia pipeline is a “project of symbolic importance for China-Russia cooperation,” said Xi, who expressed hope that the pipeline will become a driving force for economic and social development in the regions it traverses.

“Over the past more than five years, the two countries’ participating companies worked together closely, and numerous builders tread on ice and laid in snow, braving the elements to complete their construction tasks,” he said.

Technology to Keep Lights on Could Help Prevent Wildfires