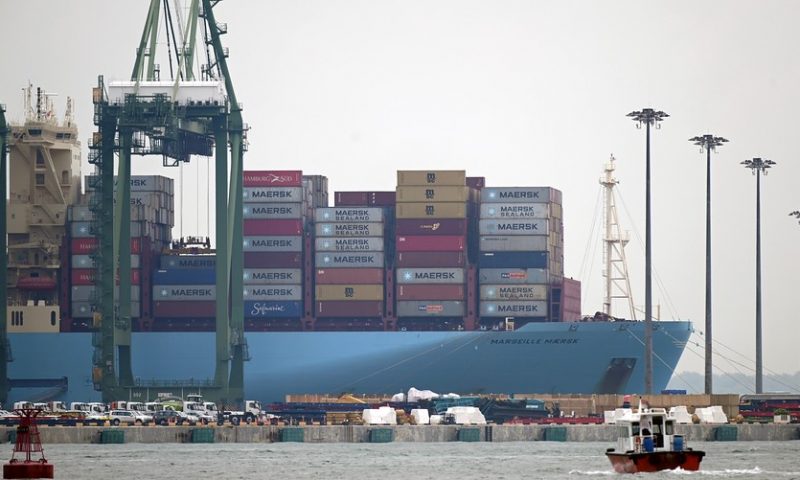 U.S. Black Friday shopping off to good start for retailers

U.S. stocks closed lower on Friday, ending a four-day winning streak for major equity benchmarks, as investors worried about the deterioration in U.S.-China trade relations after a bill supporting Hong Kong protesters was signed by President Trump late on Wednesday.

The New York Stock Exchange and the Nasdaq closed early at 1 p.m. Eastern on Friday after the U.S. Thanksgiving holiday closed markets Thursday.

What are stocks doing?

According to Dow Jones Market Data, trading on the NYSE during Thanksgiving week was 11.4% lower than the average of the rest of the year in 2018, while volumes on the Nasdaq were 14.5% lower.

Investors were concerned that a U.S. – China trade deal may be in jeopardy after President Donald Trump signed legislation supporting Hong Kong protesters. In response China summoned the U.S. ambassador to protest and warned the move would undermine cooperation with Washington.

A trade deal with China needs to be signed before the Dec. 15 deadline for a new round of import U.S. tariffs on Chinese goods.

Reuters reported that the U.S. could implement new regulations that could expand the power of authorities to block overseas shipments of American-made goods to the likes of Chinese telecoms giant Huawei Technologies, citing sources familiar to the matter.

However, a Wall Street Journal report indicates that officials in Beijing are looking to separate geopolitics from trade, and did not necessarily see the passage of the Hong Kong bill irrevocably harming the prospects for a phase one trade deal.

“We start a whole new game of calling each-other’s bluff – and one where the U.S. can see that China either doesn’t want to, or can’t, retaliate as aggressively as it threatens,” wrote Michael Every, senior strategist at Rabobank.

Earlier this week U.S. stock indexes reached new record highs on optimism about a trade deal after the Chinese Commerce Ministry said that a consensus on “properly resolving relevant issues” had been reached after U.S. trade negotiators carried out a phone call with Chinese Vice Premier Liu He.

Investors were also digesting data on Black Friday holiday shopping as a test of the resilience of the U.S. consumer. Retailers have fretted that another round of import of tariffs in mid-December could slow consumer spending this year, which has helped support the U.S. economic engine against global growth headwinds.

However, online sales on Thanksgiving Day were up 20% from a year ago. Some 165.3 million Americans already have begun shopping or bargain hunting during the holiday, according to the National Retail Federation. However, retail stocks slipped Friday with the SPDR S&P Retail XRT, -0.76% off 0.4%.

Tech Data Corp. TECD, +12.32% jumped 12% on Friday after the company agreed to be bought by private-equity group Apollo Global Management APO, -0.90% Tech Data’s board unanimously accepted the amended offer of $145 a share.

Amazon.com AMZN, -0.97% and Walmart WMT, +0.28% were in focus as Black Friday holiday gets underway. With $600 million in Black Friday online sales tallied by 9 a.m. ET, according to Adobe Analytics ADBE, +0.15% Black Friday is on track to finish with $7.4 billion in sales.

U.S. Treasury yields were higher Friday with the benchmark 10-year yield rising to 1.776%.

The U.S. dollar weakened less than 0.1% against a basket of currency rivals, as measured by the ICE US Dollar index. DXY, -0.10%

This market is a better bet than U.S. stocks in 2020, Barclays says