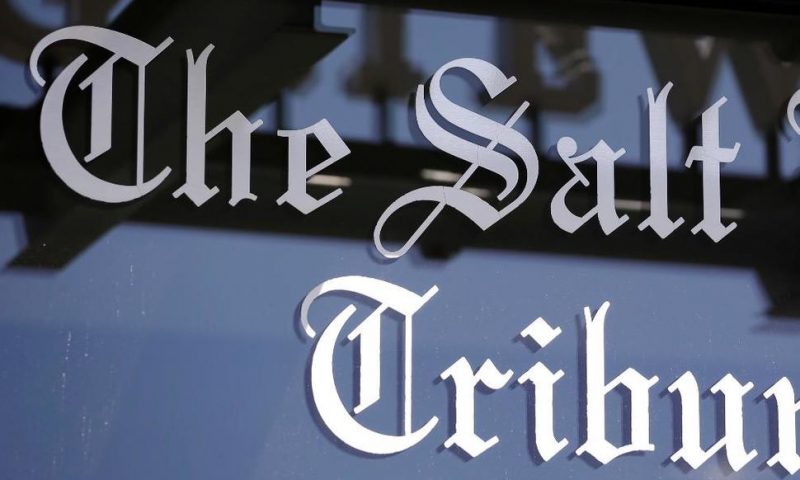 The publisher of the Salt Lake Tribune says he’s heard from other newspaper executives and lawyers who wonder if his idea of going nonprofit will work for them.

NEW YORK — The publisher of the nation’s first daily newspaper to be granted nonprofit status says he’s since heard from a “few dozen” lawyers and news executives curious about whether the Salt Lake Tribune’s approach could work elsewhere.

Tribune publisher Paul Huntsman learned earlier this month that the Internal Revenue Service had approved the paper’s plan to become a public charity, which lets people claim tax deductions for donations to support its journalism.

It’s an intriguing new option for newspaper owners laid low by the industry’s financial struggles, although there’s some question about how widely the idea can spread.

“I’m surprised, quite frankly, that I’m the first one doing this,” Huntsman said. “I’m not a journalist. I saw how broken the model really was. I was wondering, why isn’t there anybody doing something about this, instead of waiting for someone to come in and rescue us?”

Huntsman, son of the wealthy industrialist Jon Huntsman, bought the Tribune in 2016 from the hedge fund that had been operating it. His chief mission was to keep it alive; the Tribune had a staff of 148 people in 2011, and the paper said earlier this month there were now about 60 employees.

He figured he had about five to 10 years to settle on a strategy but quickly learned that was optimistic.

“This was strictly about trying to figure out a pathway to sustainability, rather than figuring out a rate of return,” he said.

The Tribune’s nonprofit status requires Huntsman to transfer ownership to a public board of directors, with protections built in to ensure donations don’t compromise the independence of its journalism. Besides Huntsman negotiating himself out of a job, the paper will no longer be able to endorse candidates in political races.

Those steps alone may give pause to independent newspaper owners who enjoy the power and influence of their positions. Beyond that, most newspapers are part of chains with ownership interested in a profit.

The Tribune will be allowed to continue to sell advertising and charge for a subscription and individual copies. Continuing on both tracks is crucial for the idea to succeed, Doctor said. It’s still possible for a newspaper to receive donations and grants even if it’s not a nonprofit, but the tax deduction is an important advantage

Utah may be particularly well-suited to the nonprofit approach with a community that has indicated a willingness to support the paper, he said.

Some people in the news industry may have been reluctant to try the idea because of doubts that the Internal Revenue Service wouldn’t be interested, said lawyers Meghan Biss and Douglas Varley of the Washington firm Caplan & Drysdale, who helped with the Tribune’s application. But the IRS will listen to a good, legally sound argument, they said.

There had been some question whether the IRS would limit the scope of the Tribune’s coverage to comply with an educational mission, such as cutting out sports, the Tribune said when approval was granted. But that did not happen.

Huntsman said he’s happy to share his experience with other publishers in the hope that the Tribune’s idea could spread and be useful throughout the industry.

“We need good journalism,” he said. “We have to continue to support it in our state and hope others will see it the same way.”