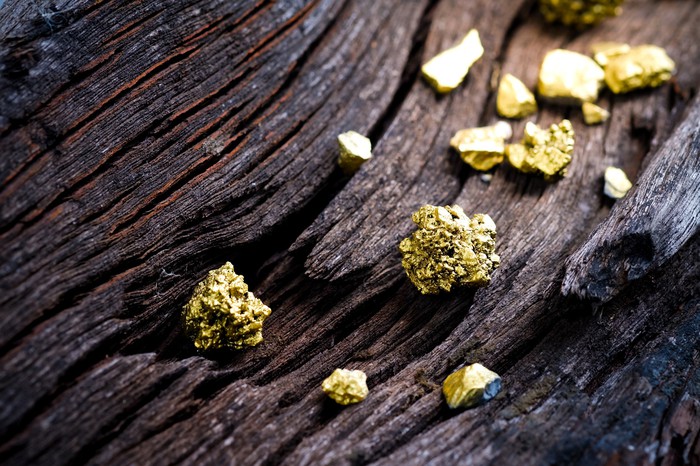 November 29 was a positive day for New Gold Inc. (NGD:CA) as its stock finished the day having gained 5.56% to hit a price of $1.14 a share. The company reached a market cap of 767.11 million and has 675.94 million shares outstanding. New Gold Inc. is a component of the the S&P/TSX Composite Index.

371,534 shares changed hands over the course of the day as compared to an average volume of n/a over the last 30 days for New Gold Inc..

New Gold Inc is an intermediate gold mining company with operations across the globe. The company has a portfolio of four producing assets: the New Afton Mine in Canada, the Mesquite Mine in the United States, and the Cerro San Pedro Mine in Mexico. In addition, New Gold owns 100% of the Rainy River and Blackwater projects in Canada, along with a minority stake in the gold stream on the El Morro project in Chile. The New Afron Mine is the largest division, contributing roughly 50% of group revenue.. The company makes its home in Toronto, ON, and is currently under the leadership of CEO Renaud Adams.