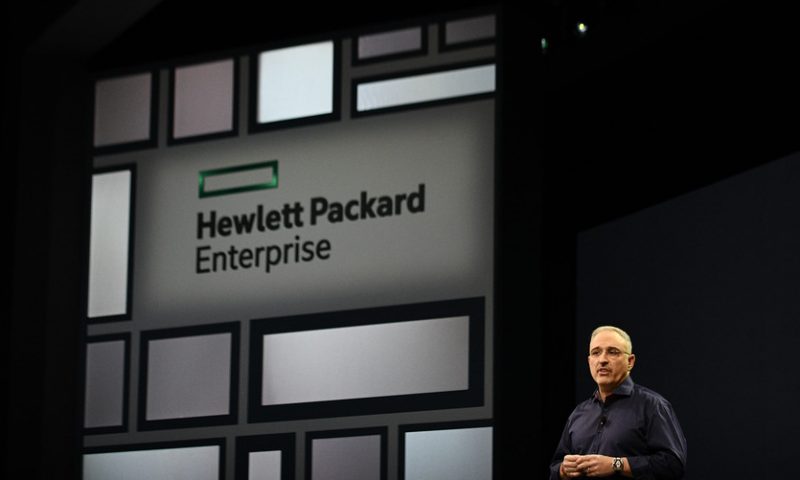 HPE’s biggest business — Hybrid IT, which includes servers, storage and networking equipment for businesses’ data centers — declined 11% in year-over-year revenue to $5.67 billion, shy of the $5.74 billion estimated by FactSet analysts.

Analysts surveyed by FactSet had expected earnings of 35 cents a share on revenue of $7.4 billion.

“The longer sales cycle is not new; we’ve talked about that since Q2,” HPE Chief Financial Officer Tarek Robbiati told MarketWatch in a phone interview following the results. “What is different is that revenue is stable at $7.2 billion the past three quarters, and we continue to invest in R&D” to shift HPE’s product portfolio to higher-value, software-defined solutions, he added.

Robbiati said there are no plans to reduce costs, as HPE has done in the past. Rather, he said growth would come through technology such as edge computing and storage.

HPE did reiterate financial targets for the current business year. It expects $1.01 to $1.17 a share in annual profit, or $1.78 to $1.94 on an adjusted basis. It projected $1.9 billion to $2.1 billion in free cash flow, with most of going into stock buybacks and dividend payouts. And HPE announced it closed its $1.3 billion acquisition of supercomputing company Cray Inc.

Although HPE’s fourth-quarter revenue was down, at least one analyst noted growth in strategic areas such as Composable Cloud (21%) and Aruba Services (17%).

“For HPE, I believe the future is all about its differentiation and execution in the hybrid cloud and everything-as-a-service, about which I am optimistic,” Patrick Moorhead, principal analyst at Moor Insights & Strategy, told MarketWatch in an email. “The industry is out of the drunken-sailor mode where everything was going to the public cloud or perish, and enterprises are more pragmatic in that many will keep a lot of data in an (on-premises) cloud model.”