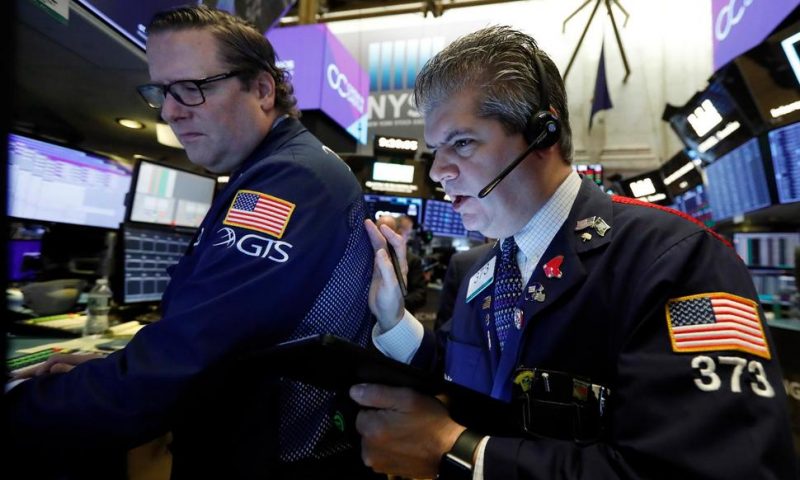 Stocks powered to records Friday after a surprisingly strong jobs report reassured investors that the economy is still solid, despite the pain U.S. factories are feeling from President Donald Trump’s trade war.

NEW YORK — Stocks powered to records Friday after an encouraging jobs report gave reassurance that the economy is still solid, despite the pain U.S. factories are feeling from President Donald Trump’s trade war.

The Labor Department’s report showed that employers added more jobs in October than economists expected, and hiring was stronger in prior months than previously thought. The numbers were encouraging enough for investors to overlook yet another report showing U.S. manufacturing is weakening more than expected.

Together, Friday’s reports solidified Wall Street’s view that the economy is nestled in a sweet spot for markets. The job market is strong enough to encourage spending by households, which has been the economy’s driving force. That can hopefully make up for the downturn in investment by businesses, as CEOs hold off on spending given all the uncertainty about global trade.

Such a balance should in turn keep the Federal Reserve holding interest rates steady at their low levels, after it cut rates earlier in the week for the third time this year, economists said. Low interest rates can goose economic activity. They also make stocks more attractive as investments relative to bonds.

Treasury yields climbed as optimism rose and traders pared back bets that the Fed will cut interest rates again in the next few months. The yield on the 10-year Treasury climbed to 1.71% from 1.69% late Thursday. The two-year yield, which moves more on expectations of Fed actions, rose to 1.56% from 1.55%.

Earlier in the day, yields were under pressure immediately after the manufacturing report’s release, which showed a third straight month of contraction. The report echoed weak data points on manufacturing from around the world as factories feel the brunt of the global trade war.

But even there, economists see some glimmers of optimism, such as a rebound in export orders, said Derek Hamilton, global economist at Ivy Investments. And after combining them with Friday’s better-than-expected jobs report, investors halved their expectations for another Fed rate cut this year, down to a probability of 11% from 22% a day earlier.

“Over the last decade, we’ve had these mini-cycles where manufacturing activity slows quite a bit, but the consumer keeps the economy going, and I think that’s what’s going on right now,” Hamilton said.

The wild card, as has been the case since Trump professed in early 2018 that trade wars are good and easy to win, is what happens in U.S.-China trade talks. The world’s largest economies have agreed to at least a temporary truce in what Trump has dubbed “phase one” of a trade deal. But uncertainty reigns over what will come of the talks.

“If we wake up tomorrow morning and get a tweet from President Trump that the deal is off, we’re raising tariffs, then all this is out the window,” Hamilton said.

In the interim, companies have continued to report profits that are weaker than a year earlier, but not as bad as Wall Street had expected. So far, roughly 70% of the companies in the S&P 500 have reported how much they made from July through September, and the index is on pace for a decline of 2.8%, according to FactSet.

The slowing global economy is a big reason for the drop, as is the fact that companies are no longer getting a boost from the first year of lower tax rates. But the drop isn’t as bad as the 4% decline that analysts were forecasting earlier.

US Construction Spending Rises 0.5% in September