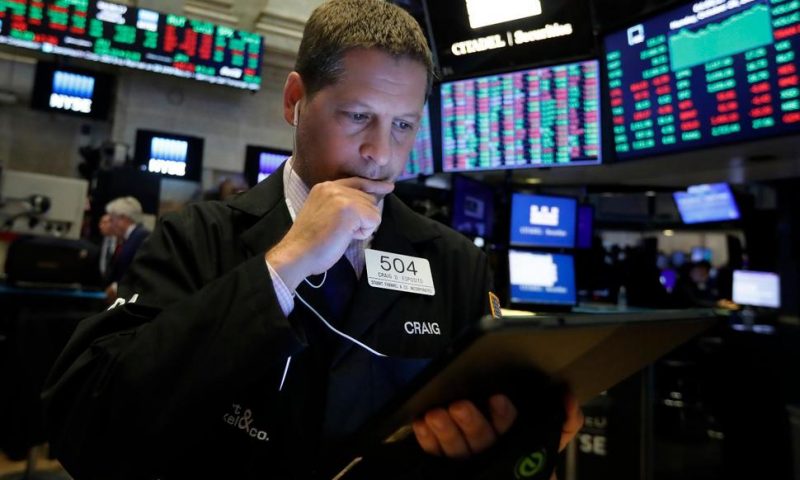 The S&P 500 index closed at an all-time high Monday, extending a recent string of gains in what’s mostly been a solid month for the market.

The S&P 500 index closed at an all-time high Monday, extending a recent string of gains in what’s mostly been a solid month for the market.

The benchmark index closed at 3,039.42, around 14 points above its previous record set on July 26. The S&P 500 notched its latest milestone after weeks of hovering just below its prior high.

Investors have been balancing worries over the impact that the costly trade war between the U.S. and China is having on corporate profits and the global economy against renewed optimism that negotiations that got underway this month could lead to some kind of resolution in the conflict.

“U.S.-China is not going away any time soon,” said Ben Phillips, chief investment officer of EventShares. “The market’s sentiment tends to swing from overly fearful to overly exuberant, and we’re probably starting to swing a little to the exuberant side right now. There are still a lot of risks out there.”

Monday’s rally came at the beginning of a busy week of corporate earnings and economic reports and with investors expecting another interest rate cut by the Federal Reserve.

Coming into this week, investors have been encouraged as most of the companies that have reported quarterly results the past couple of weeks that beat Wall Street analysts’ forecasts for earnings growth.

While some companies have lowered their forward earnings guidance, the market shook off those concerns. Expectations of another Fed interest rate cut this week also helped put investors in a buying mood, Phillips said.

“Last week’s overall momentum was just kind of up, up, up,” he said. “People are fully pricing in the Fed cutting again this week. There’s optimism that there’s going to be continued easy liquidity, or easy money, and that gets people excited.”

“October 28 is historically the best day of the year for stocks,” according to Ryan Detrick, senior market strategist for LPL Financial. In a note to clients, Detrick said the average gain on Oct. 28 is 0.54%.

While the market waits for something concrete to emerge from the U.S.-China trade negotiations, investors have been largely playing it safe. A look at the big sector winners over the past three months shows utilities are up 5.6% and real estate stocks have gained 5.4%, leading the rest of the market.

Technology stocks are up only 1.7% in the same period, though the sector still leads all others with a 35.4% gain so far this year.

Despite Monday’s rally, the market could be in for some volatility this week as some 156 companies in the S&P 500 are scheduled to issue their quarterly results this week.

Traders also will be closely watching for the release of several important economic reports this week, including the Labor Department’s monthly employment report on Friday. Economists expect a slight increase in the unemployment rate to 3.6% in October from 3.5% in September.

European markets closed broadly higher as the European Union agreed to give Britain a three-month extension for its planned departure from the 28-member trading bloc. It had been set to leave on Oct. 31. The extension gives both sides more time to make a deal that will cover trade and other issues.