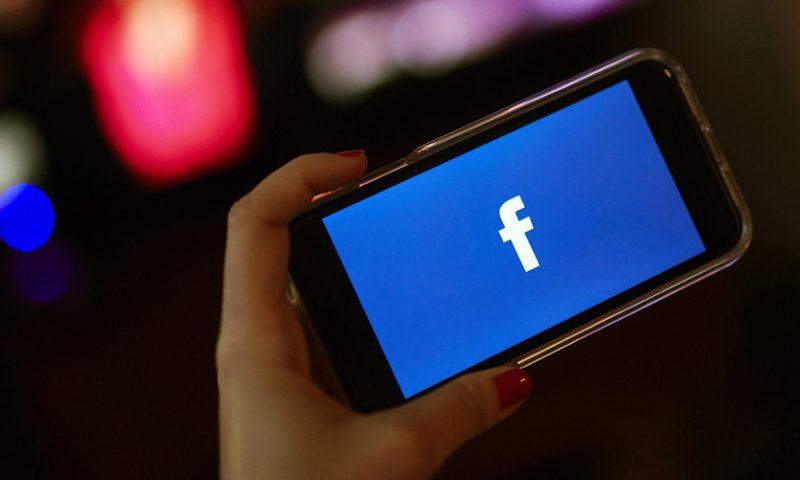 U.S. stocks closed lower Tuesday as investors digested a torrent of corporate earnings reports and a new bill to make it easier for social media users to migrate away from industry heavyweights Facebook, Snap and Twitter to rival platforms.

The four members of the Dow Jones Industrial Average that reported third-quarter earnings on Tuesday resulted in a net negative for the stock market, as disappointing numbers from MCD, -0.16%  orp. and Travelers TRV, +1.94%  outweighed beats from United Technologies UTX, -1.07%  and Procter & Gamble PG, +0.64%.

How did major indexes perform?

Investors were keeping a close eye on Tuesday’s deluge of corporate results, including about 20 percent of the S&P 500 index components this week and four Dow components that reported early Tuesday.

“Earnings have been mixed, but I still believe they’re going to surprise to the upside,” said Ken Engelke, chief economic strategist at Capitol Securities Management, in an interview.

Engelke sees promise in value stocks, but more ominous tones for growth and technology sectors, where social media companies, in particular, could suffer from “regulatory overreach.”

But through Tuesday morning 19% of S&P 500 index companies have reported quarterly numbers and 80% have beaten earnings estimates.

In economic data, investors received an update on the health of the U.S. housing market with existing-home sales for September falling by 2.2% to an annualized pace of 5.38 million.

On the international trade front, President Donald Trump said Monday that talks between Washington and Beijing are going “very well.” Top trade negotiator Robert Lighthizer also said that the U.S. aims to finish the first phase of talks by mid-November when the two countries meet in Chile.

Shares of Facebook FB, +1.06%, Snap SNAP, -5.21%  and Twitter TWTR, -2.06% closed lower Tuesday after a bipartisan group of senators introduced legislation that would require social media platforms to allow consumers easier ways to move their data to other sites.

Brexit also was back in the spotlight, after U.K. lawmakers voted Tuesday to let Prime Minister Boris Johnson’s Brexit plan to proceed to the next step in Parliament, but rejected his rapid timetable for approval, saying that more time was needed to scrutinize the bill.

“Honestly, the market certainly hopes this will get resolved and we can put it behind us,” said Jennifer Ellison, principal at B|O|S in San Francisco and Silicon Valley, about the latest Brexit vote. “It’s been a headwind for two years.”

Travelers Cos. stock TRV, +1.94%  tumbled 8% after the insurer saw earnings decline and fall short of expectations.

Procter & Gamble Co. shares PG, +0.64% gained after the company delivered its third-quarter results and dialed up its expectation for 2020 sales growth, up 3% to 5% from previous guidance of 3% to 4% growth.

Shares of Dow-component United Technologies Corp. UTX, -1.07%  rose after the company beat earnings’ expectations, and raised its earnings outlook for 2019.

Shares of Hasbro Inc. HAS, -0.95% sank Tuesday, after the toy maker reported third-quarter profit and revenue that missed expectations, as weakness in franchise brands and trade uncertainty offset strength in partner brands.

Biogen Inc. shares BIIB, +0.52% rose 26% after the company filed for regulatory approval for an Alzheimer drug called aducanumab and the biotechnology company surprised investors by saying its treatment was ready to start the regulatory approval process.

Under Armour Inc. UA, -1.96% UAA, -2.39% stock rose after the sportswear brand announced CEO Kevin Plank was stepping down and named Patrik Frisk its new chief effective as of Jan. 1, 2020.

Shares of Lockheed Martin Corp. LMT, -0.39% fell slightly after the defense contractor reported third-quarter results, with sales $15.17 billion, versus $14.32 billion a year ago, above the FactSet consensus $14.87 billion.

Tile Shop Holdings TTS, +53.83% shares plunged after the company said it would voluntarily delist its shares from the Nasdaq. The cost of home-improvement materials have soared as a result of the U.S.-China trade war. Tile’s shares closed down 79% year-to-date.

How did other markets perform?