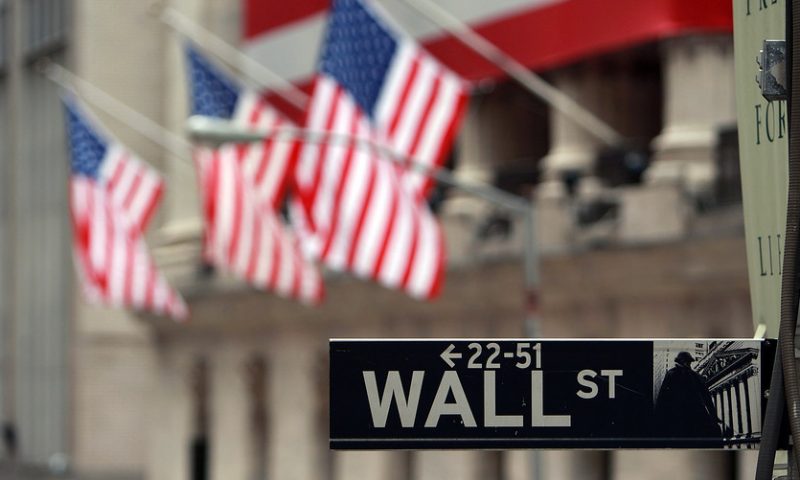 Stocks closed higher Wednesday as investors hoped for an easing of trade tensions between the U.S. and China, with high-level trade talks set to begin Thursday.

Investors were also focused on minutes from the most recent Federal Reserve meeting as expectations for further rate cuts have risen in recent weeks.

Wednesday’s gain ended a two-day skid for all three benchmarks, though the Dow remained down 0.8% on the week, while the S&P was down 1% and the Nasdaq had fallen 0.9%.

Equity markets were boosted by reports that infused some optimism about the possibility of at least a partial U.S.-China trade deal.

The reports come after the U.S. State Department on Tuesday announced visa restrictions on Chinese government and Communist Party officials who are believed to be involved in abuse of Uighurs and other Muslim minority groups in Xinjiang, China. That announcement came after the U.S. blacklisted some 28 entities for the same alleged violations, prompting Beijing to reportedly consider rolling out its own visa restrictions on U.S. nationals, according to Reuters.

Wednesday’s bounce comes from a hope that “this time is different” for the trade talks, said Kim Forrest, founder and chief investment officer at Bokeh Capital Management.

Talks have been “contentious,” Forrest said, “but both sides absolutely know something needs to be done.” Semiconductor stocks were up sharply Wednesday, she pointed out, on investor optimism not just about a trade truce, but also better conditions for businesses. The iShares PHLX fund SOXX, +1.65% rose 2% and the ProShares Ultra Semiconductors fund USD, +3.10%  added 3.9%, compared with the S&P 500’s 1% gain.

Stocks pared some of their gains in the final minutes of trade following a report from Reuters that said that “Beijing has lowered expectations for significant progress” from this week’s trade talks, citing government officials and Chinese investors.

Concerns about international trade issues have been weighing on the market, and drove stocks lower on Tuesday even after Federal Reserve Chairman Jerome Powell said the central bank believes the current economic expansion can be sustained, and that the Fed intends to expand its balance sheet by purchasing short-term U.S. government debt in exchange for bank reserves, in an attempt to quell recent stress in the market for overnight bank-to-bank lending.

Minutes from the rate-setting Federal Open Market Committee’s Sept. 17-18 meeting, released Wednesday, showed that Fed officials have become somewhat more concerned about the state of the U.S. economy, with several Fed officials arguing that the chances of a U.S. recession “had increased notably in recent months.”

The meeting notes showed the central bank is split over the proper trajectory of monetary policy, with several members believing that the Fed should not have cut rates in September, while others have argued for an even more aggressive stance. Following a series of disappointing manufacturing and service sector survey data on the U.S. economy last week, market expectations for a third-consecutive rate cut at the Oct. 30-31 meeting has risen to 82.8% from 60.7% a month ago, according to CME Group data.

In U.S. economic data, the number of job openings nationwide fell in August for the third month in a row and hit a one-and-a-half-year low, coinciding with a decline in hiring that’s taken place against the backdrop of a slowing U.S. economy.

Apple Inc. AAPL, +1.16% has been accused of aiding Hong Kong protesters via an app that allegedly enables tracking of local law enforcement — representing the latest company ensnared in political tensions between the semiautonomous territory and China. Shares rose 1.2% Wednesday.

Fitbit Inc. shares FIT, -0.68% were unchanged after the maker of wearables said it’s diversifying its supply chain out of China to avoid U.S.-imposed tariffs.

American Airlines AAL, -0.52% said it expects Boeing Co.’s 737 MAX will remain out of service until January, the latest example of how the grounded plane continues to create additional costs and logistical burdens for carriers and passengers. American Airlines stock rose 3.1%, while shares of Boeing Co. BA, -0.58%  rose 0.2%

Oil futures settled lower Wednesday after the U.S. government reported a fourth straight rise in crude supplies.West Texas Intermediate crude for November delivery CLX19, +1.24% was down 13 cents to $52.49 a barrel on the New York Mercantile Exchange.