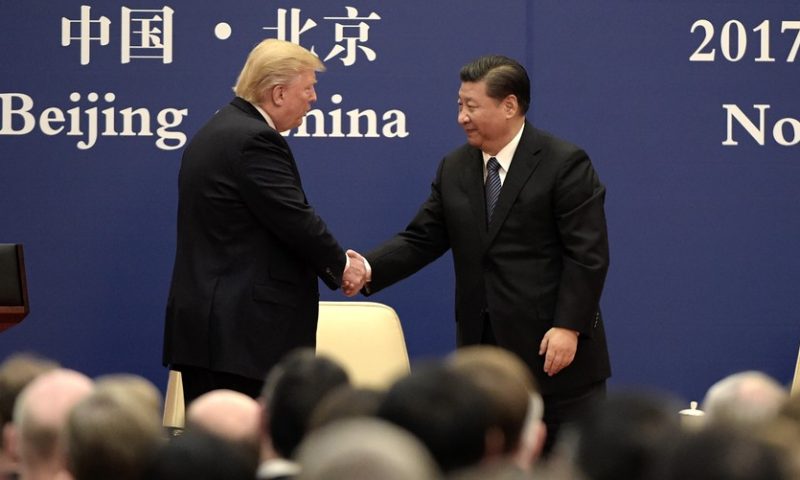 U.S. may face an ongoing trade war with China, implying long-term costs for consumers and businesses which could push the American economy into recession

Is the White House’s reported plan to restrict U.S and Chinese investment a negotiating ploy in Trump’s efforts to get a trade deal, or a symptom of a multiyear struggle between China as a new superpower and America in its determination to maintain control of the international economic order it helped create after World War II?

According to reports on Friday, the White House may now be looking to restrict capital flows into China and to limit Chinese companies from trading on U.S. exchanges.

Even though “trade wars are good, and easy to win” according to President Trump in March 2018, the White House now feels the need to widen the struggle with China from a dispute about traded goods and intellectual-property rights into a whole new arena involving potential capital controls.

The move comes at a sensitive time for U.S.-China relations, as the two countries seek a resolution of the trade dispute in talks in Washington on Oct. 10-11, with a Chinese delegation led by Vice Premier Liu He.

For Chinese investors Monday will be the last chance to react to the new risk before a five-day market closure until Oct. 8 to mark the 70th anniversary of the Communist Party’s taking power in 1949.

On Saturday the U.S. Treasury denied there was any plan “at this time” to go ahead with investment restrictions, but the risk remains as two bipartisan bills have already been introduced to Congress aimed at pushing U.S.-listed Chinese companies to comply with auditing rules in the U.S. If those companies failed to submit to regulatory oversight, they would face de-listing.

U.S. investment in China’s domestic markets is limited, with residents holding only about $203 billion of mainland financial assets as of June, according to the U.S. Treasury, though this month China removed another hurdle to foreign investment in its stock and bond markets.

China also recently launched the so-called Star board in Shanghai with looser trading rules to encourage China’s startups to list on local exchanges rather than in the U.S. or Hong Kong. For now though major Chinese companies depend on raising capital in the U.S. The total market capitalization of Chinese companies listed on U.S. exchanges is about $1.2 trillion, according to a report from the U.S.-China Economic and Security Review Commission.

Citigroup described the proposed legislation as the most extreme potential American move against China in the escalating face-off between the world’s largest two economies: restricting access to U.S. financing. The bills could “have a profound impact” on the more than 200 Chinese companies trading on U.S. exchanges, Citigroup economist Cesar Rojas wrote in a report earlier this month.

If the White House were to go through with the plan to restrict U.S.-China capital flows, “it would be an unmitigated disaster,” Stephen Roach, currently at Yale University and former chairman of Morgan Stanley Asia, said in a CNBC interview on Friday. “Open access to each other’s markets is really important, especially with China likely to be the biggest consumer market in the world in the first half of this century,” he said.

“With the global economy really weakening, recession likely in Europe, downside in Japan and throughout east Asia, the American consumer has really been the only thing that’s held the [U.S.] economy afloat,” Roach said. “But with businesses in the U.S. turning cautious on capital spending, the same businesses that make decisions on hiring, if they pull the plug on job growth, then consumers are in trouble.”

Given Trump’s accusation that China is manipulating its currency, Friday’s report also raises the risk of widening the U.S.-China struggle over trade and capital flows still further into a currency war. China is promoting the global use of the yuan in competition with the U.S. dollar as the world’s reserve currency. For now though, in a Friday note Goldman Sachs analyst Zach Pand is keeping a near term forecast for the yuan CNYUSD, -0.0995% USDCNH, -0.0827% to drop to 7.2 per dollar, “in light of renewed uncertainty around portfolio flows,” along with the expectation that the U.S. proceeds with the next round of tariff hikes as scheduled on Oct. 15.”

The bigger picture here though is that Trump’s trade war is driven by U.S. anxiety over China’s rise in a single generation to become the second largest economy in the world, rather than by economic rationality, argues Koichi Hamada of Yale University and a special adviser to Japanese Prime Minister Shinzo Abe. Japan has seen this movie before in its own struggles with the U.S. over trade policy in the 1980s.

Indeed, the U.S.-China trade dispute reminds historians and foreign-policy analysts of what is called the “Thucydides Trap,” in which a series of trade and shipping disputes between ancient Athens and Sparta in the 5th century B.C. escalated into the 27-year-long Peloponnesian War, which ultimately destroyed both of the regional superpowers of the day.

As for economic rationality, as Robert Barro, an economics professor at Harvard University, has noted, the reason that countries participate in international trade is to get imports of consumer goods and capital equipment in exchange for exports. Exports are simply the goods that Americans are willing to part with to acquire something they want or need. As economists have observed for two centuries, international trade also boosts the size of the overall economic pie, because it means that countries can focus on doing whatever it is that they do best, producing goods in areas where they are relatively more productive.

But by embracing a primitive mercantilist model in which exports are “good” and imports are “bad,” Trump and his trade adviser Peter Navarro have reversed this long-held economic logic, Barro argued. In a mercantilist model, an excess of exports over imports or a trade surplus, such as China runs with the U.S., increases China’s national wealth at the expense of America. In reality China’s trade surplus with the U.S. of about $500 billion per year has been reinvested in U.S. Treasury bonds, helping to fund the U.S. federal budget deficit.

While it is true that China imposes costs on foreign investment, often by forcing foreign businesses to transfer technology to their Chinese partners, and sometimes via outright theft of intellectual property, imposing import tariffs only disrupts global manufacturing supply lines and undermines growth in both economies.

The favorable short-term impact on U.S. economic growth from the Trump administration’s 2017 tax cuts is now fading, and Trump has tried to pin the blame on the Federal Reserve, but it now seems likely that the U.S. is faced with an ongoing trade war, implying long-term costs for American consumers and businesses that could push the U.S. economy into recession.

Forever 21 files for bankruptcy, will close up to 178 stores in U.S.