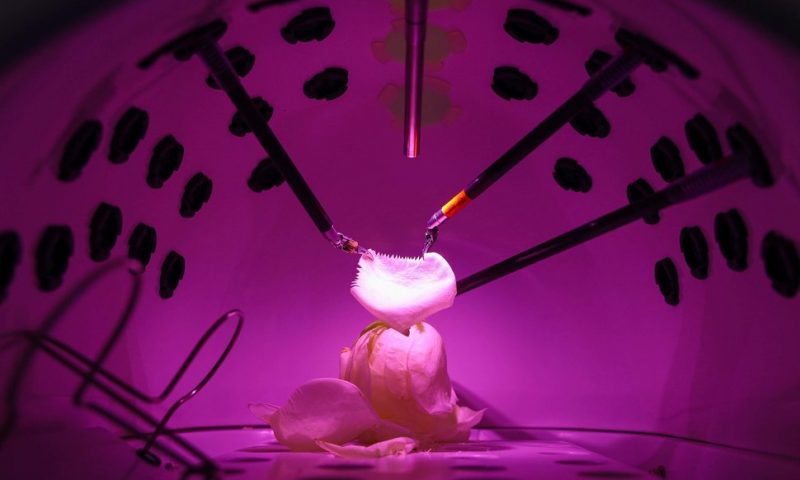 Pushing for innovation will be key for the U.S. to maintain its leading position as more nations invest in research, experts say.

From vaccines to medical devices that provide a better quality of life, the United States has long been a global leader in medical research. Yet new investments by other countries, particularly China, threaten that standing. The way for the U.S. to remain on top: push for more innovation while paying closer attention to Asia, say experts.

The U.S. is “the best country in the world in science” and reached the peak position in medical research as other regions, such as Europe, “shot themselves in the foot” and moved their research and development (R&D) capabilities to America, said Robert Atkinson, president of the Information Technology and Innovation Foundation, at the Atlantic Festival held this week in Washington, D.C.

“It’s surprising how many European companies do their R&D in the United States; we didn’t make that mistake (of relocating R&D).”

Apart from big R&D budgets and tax credits given to U.S. companies in this space, the U.S. has been able to retain its dominance in medical research due to the very nature of the industry – medical innovation is much harder to attain, can take decades of research, and is harder for others to copy or steal, Atkinson said. At the same time, America’s main competitor, China, focused its expansion on other industries that are easier to grow.

“China has been largely (advancing) in engineering-based innovation,” Atkinson said. “That’s easier to do.”

In 2015, scientists tracking medical research activity during the previous two decades were praising U.S. leadership in the field of medical research, but also warning that the country was facing a decade of “steady decline,” which could have allowed other nations to take this position from the U.S. through heavy investment in biomedical research.

Last year, the U.S. held the top position in global research and development spending, and today five of the 10 top biotechnology companies in the world are American. Yet China is making advances in medical innovation, focusing on drug production and increased spending to sponsor medical development, said Guang Yang, an associate partner at McKinsey & Company who focuses on biopharmaceutical R&D.

“All of these metrics have significantly grown in the last three to five years,” Yang said, motivated and fueled by structural challenges and China’s own challenges in improving its health care system that the country now has money to tackle. For instance, the Chinese now focus on finding treatments for common types of cancer in Asian populations, such as stomach cancer or esophageal cancer, said Yang, also speaking at the Atlantic Festival.

“Those diseases have very low treatment options because the West-based pharma companies are not incentivized to develop drugs (for them),” Yang said. Chinese companies have greater incentives to test drug therapies on the types of cancer that are more common among the Chinese, Yang said. “And once approved, these (new) drugs will also benefit the American population that have the same disease.”

China also is pushing for greater medical innovation within its borders because of demographic shifts — more than 70% of its population will be urbanized by 2030 and in the next 15 years more than 250 million Chinese will be older than 65. U.S. leadership in medical research will increasingly face challenges as more countries advance in both medical research and care, and in the use of technology, Atkinson said.

Biomedical research and biopharmaceuticals are the new priorities for many governments seeking to be competitive in the fields. The Chinese, in particular, have both the plan and methods to accomplish those goals.

“(All countries) want a part of that pie, they want to take it from us and every move they make comes at our expense,” Atkinson added. “The Chinese are far behind us, but they have set their sights … and they’re using the same panoply of unfair trade practices and other practices.”

French Government to Cut Taxes for Households and Business