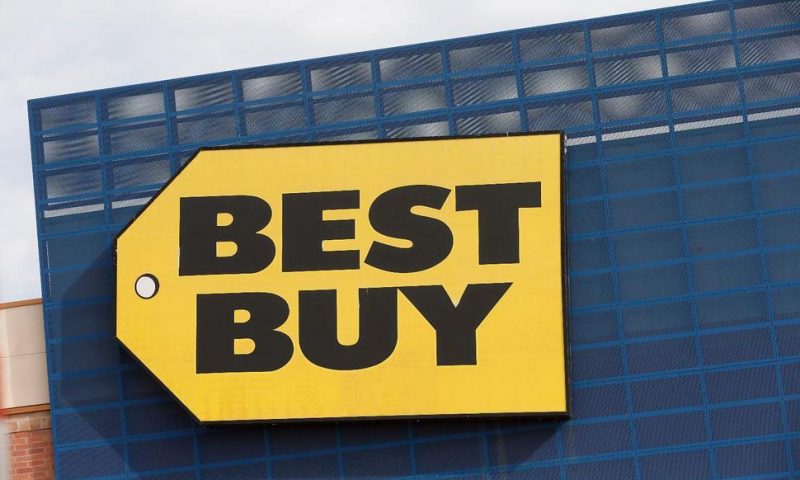 NEW YORK — The nation’s largest consumer electronics chain, known for selling TV sets, cellphones and laptops, is looking to health care as a big source of its future growth.

Best Buy Co. said Wednesday that in five years it hopes to provide 5 million seniors with health monitoring services, which can range from sensors placed throughout a home to a pendant worn around the neck. It currently provides the service to 1 million.

It’s part of the chain’s deeper push into the $3.5 trillion U.S. health care market and essential to its goal of reaching $50 billion in annual revenue by 2025.

The Minneapolis-based chain is tapping into an aging U.S. population, noting that two out of three seniors live with two or more chronic conditions and many want to stay at home.

Best Buy is also looking to dig deeper into health care at a time when it, like other retailers, face uncertainty regarding an escalating trade war with China. Some of its core businesses, like TVs and phones sales, have been sluggish, although it says the consumer electronics business is stable.

The strategy comes as Best Buy has succeeded in holding off increasing competition from Amazon and other players by speeding up deliveries and adding more services to deepen its relationship with customers.

“This is an environment driven by constant innovation and people who need help with technology,” CEO Corie Barry said at an investor conference Wednesday where executives unveiled a five-year growth plan.

Best Buy has been on buying spree of its own to boost the health care business.

In May, it acquired Critical Signal Technologies, a provider of personal emergency response systems and telehealth monitoring services for at-home seniors. In August, it acquired the predictive health care technology business of BioSensics, including the hiring of the company’s data science and engineering team. Last year, it bought GreatCall, which provides emergency response devices for the aging.

It also hired its own chief medical officer to push those efforts: Daniel Grossman, a physician, will report to Asheesh Saksena, head of Best Buy Health.

Insurers have been paying more for remote monitoring technology to help track issues like chronic conditions and keep patients healthy and out of hospitals. That technology can include special wireless scales to monitor patients with congestive heart failure.

Saksena told investors that pendants using certain algorithms can track how a senior is walking and predict the risk of falling. He also noted that sensors on refrigerators detect how often it’s being used. That can trigger a call by GreatCall agent to see whether that person has been eating.

US New Home Sales Climbed a Healthy 7.1% in August