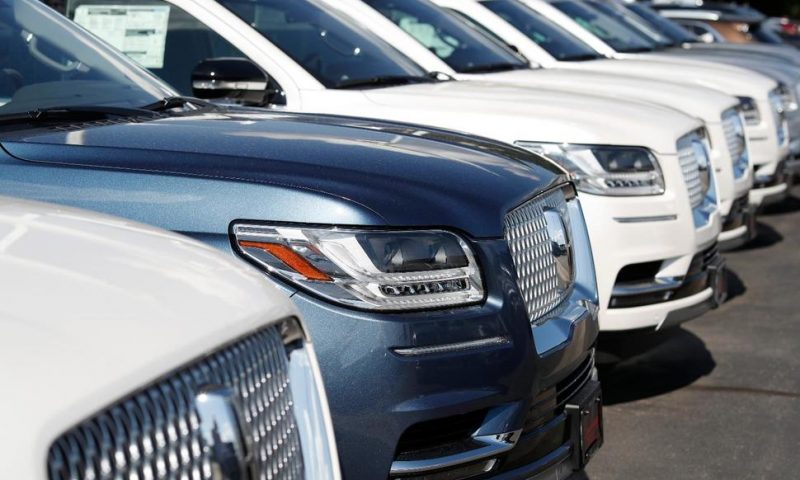 The Conference Board, a business research group, said Tuesday that its consumer confidence index fell to 125.1 in September from a revised August reading of 134.2. Consumers’ assessments of both current economic conditions and expectations for the next six months slipped.

The trade war with China and a global slowdown have contributed to uncertainties that are clouding the outlook for the U.S. economy, now in its 11th year of expansion. Last week, the Federal Reserve cut its benchmark rate by a quarter-point for the second time this year, citing trade conflicts and weaker business investments as key reasons.

On Wall Street, the decline in confidence contributed to a pullback in stock gains. The stock market had opened with a burst of confidence over the forthcoming latest round of trade negotiations between the Trump administration and China. But the consumer confidence report highlighted a nagging uneasiness among households.

Consumer spending, which accounts for about 70% of U.S. economic activity, has so far shielded the economy from some of the adverse effects of tariff and trade tensions. The latest government estimate of U.S. growth said the economy advanced at a moderate 2% annual pace in the April-June quarter. But this month’s pullback in confidence reflected a broader pattern of volatility and uncertainty that has affected the economy.

Though a healthy job market and low unemployment had helped sustain consumer optimism in previous months, the survey reported that respondents have grown more pessimistic about both business and job market conditions. Fewer respondents said they thought jobs were plentiful, reversing a jump in a measure of labor market optimism last month that was the highest since 2000.

Michael Pearce, a senior economist at Capital Economics, suggested in a research note that the decline was, “a worrying early sign that consumer spending, the key bastion of strength for the US economy in recent months, may not be immune to the trade war.”

Ian Shepherdson, chief economist at Pantheon Macroeconomics, said the Trump administration’s most recently imposed higher tariffs on Chinese consumer goods likely contributed to the drop in consumer expectations of the direction of the economy in the upcoming months.

“This time around, the tariffs on consumer goods likely are the culprit,” Shepherdson said.

Still, economists said that while consumer confidence has become more volatile, with uncertainties likely holding back many businesses and households, the U.S. economy appears resilient for now.

“These signals are still a ‘flashing yellow light’ on the dashboard of US growth, not yet a ‘red light,’ a note from Contingent Macro Research said.