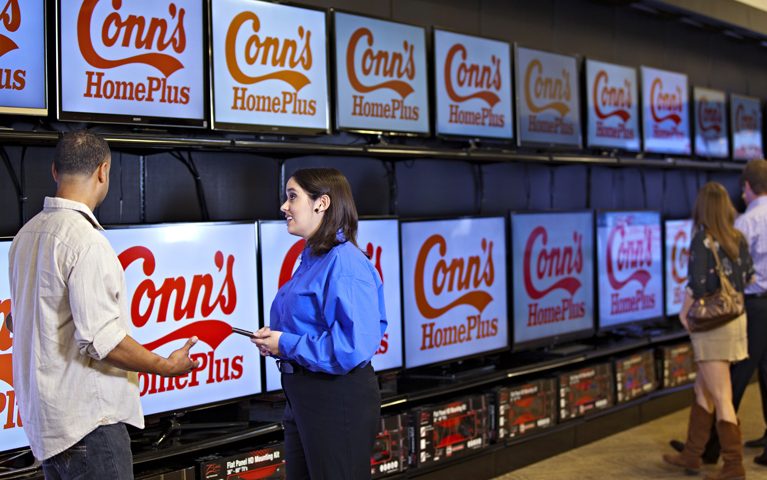 Conn’s (NASDAQ:CONN) last posted its earnings results on Tuesday, September 3rd. The specialty retailer reported $0.62 EPS for the quarter, topping the consensus estimate of $0.51 by $0.11. The company had revenue of $401.10 million during the quarter, compared to the consensus estimate of $398.10 million. Conn’s had a net margin of 5.35% and a return on equity of 14.27%. The firm’s revenue for the quarter was up 4.3% on a year-over-year basis. During the same period in the previous year, the firm posted $0.57 earnings per share.

Conn’s, Inc operates as a specialty retailer of durable consumer goods and related services in the United States. It operates through two segments, Retail and Credit. The company’s stores offer furniture and mattress, including furniture and related accessories for the living room, dining room, and bedroom, as well as traditional and specialty mattresses; and home appliances, such as refrigerators, freezers, washers, dryers, dishwashers, and ranges.

A ‘Fed put’ on the stock market could expire worthless due to these ‘recession errors’: Stifel’s Bannister