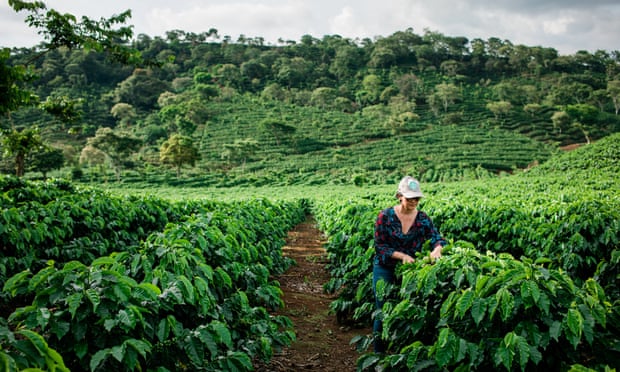 ‘Perverse’ payments must be redirected to measures such as capturing carbon, report says

The public is providing more than $1m per minute in global farm subsidies, much of which is driving the climate crisis and destruction of wildlife, according to a new report.

Just 1% of the $700bn (£560bn) a year given to farmers is used to benefit the environment, the analysis found. Much of the total instead promotes high-emission cattle production, forest destruction and pollution from the overuse of fertiliser.

The security of humanity is at risk without reform to these subsidies, a big reduction in meat eating in rich nations and other damaging uses of land, the report says. But redirecting the subsidies to storing carbon in soil, producing healthier food, cutting waste and growing trees is a huge opportunity, it says.

The report rejects the idea that subsidies are needed to supply cheap food. It found that the cost of the damage currently caused by agriculture is greater than the value of the food produced. New assessments in the report found producing healthy, sustainable food would actually cut food prices, as the condition of the land improves.

“There is incredibly small direct targeting of [subsidies at] positive environment outcomes, which is insane,” said Jeremy Oppenheim, principal at the Food and Land Use Coalition (Folu), the collaboration of food, farming and green research groups that produced the new report. “We have got to switch these subsidies into explicitly positive measures.”

He said the true global total was likely to be $1tn a year, as some subsidies are difficult to quantify precisely: “That trillion dollars of public funding is available and is a massive, massive lever to incentivise the farming community across the world to act differently.”

A series of major recent reports have concluded the world’s food system is broken. It is driving the planet towards climate catastrophe while leaving billions of people either underfed or overweight, 130 national academies of science and medicine concluded in November. Another report found that avoiding meat and dairy was the single biggest way to reduce your environmental impact on the planet, with livestock using 83% of farmland to produce just 18% of calories.

The “planetary health diet” published by scientists in January requires an 80% cut in the red meat eaten by Europeans and North Americans. Adopting this diet in coming decades would mean 60% of today’s pasture could be used for wildlife or other purposes, an area similar to the size of Brazil.

But Oppenheim said: “We couldn’t find any examples of governments using their fiscal instruments to directly support the expansion of supply of healthier and more nutritious food.”

Overall, the Folu report said the damaging way the world currently produces food and uses land causes $12tn a year in hidden costs to the environment, human health and development.

“Continuing on current trends means sleepwalking into a scenario wherein climate change increasingly threatens human life, biodiversity and natural resources are depleted, people increasingly suffer life-threatening, diet-induced diseases, food security would be compromised, and [poverty reduction] is seriously impaired,” it said. “Such a pathway would within a few decades threaten our collective security.”

But it said transforming the food and land use systems in the next decade is a remarkable opportunity, which could reap a societal return more than 15 times the investment costs required, which are estimated at less than 0.5% of global GDP.

Transforming food and land use would also make the food supply more secure, said Oppenheim: “Stick with the model we have got and you can be reasonably confident that in the next 20 years we are going to have a number of climate-related food price spikes, because we have a highly concentrated system, with a small number of [regions] that are absolutely critical to the supply of grains.”

“We need a big system reset and I think it is the role of government is to lead on these issues,” said Caterina Ruggeri Laderchi, research director at Folu and formerly at the World Bank. “It is extremely important for the planet, but it can be good for business too.” The report says a shift to sustainable production of healthy food could unlock $4.5tn in new commercial opportunities each year by 2030.

The subsidy analysis in the report was done by the International Food Policy Research Institute, using OECD data. It found three-quarters of the $700bn annual subsidy is paid directly to farmers and that 15% supports measures such as research on higher yielding crops and road building in rural areas. It analysed subsidies in 51 nations and includes most, but not all, of global subsidies.

Benefits from reforming subsidies has been seen in some places. Farmers in the European Union have reduced greenhouse gas emissions from fertiliser by 17% while yields rose, and China is phasing out support for fertilisers.

The “remarkable” return of forests in Costa Rica, the report says, followed the eliminating of cattle subsidies and payments for improving nature. “But there is a long way to go,” the report concludes. “Perverse subsidies need to be rapidly redirected or phased out.”