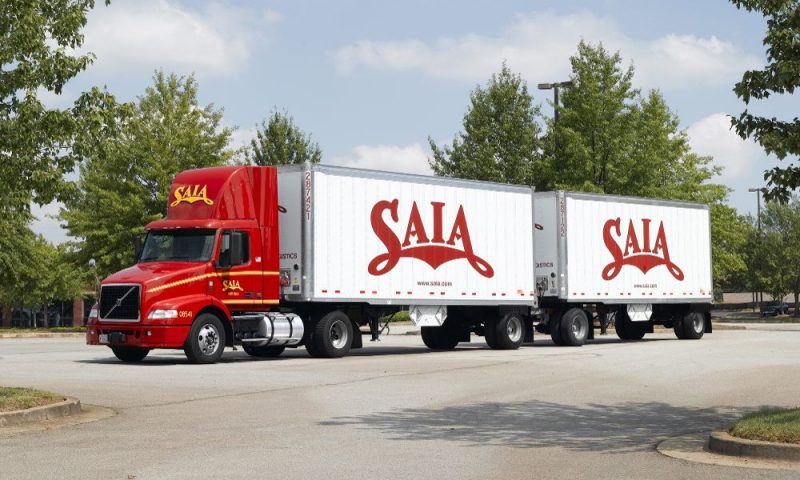 Saia (NASDAQ:SAIA) last issued its earnings results on Wednesday, July 31st. The transportation company reported $1.40 EPS for the quarter, beating the Zacks’ consensus estimate of $1.32 by $0.08. The business had revenue of $464.00 million for the quarter, compared to the consensus estimate of $449.42 million. Saia had a net margin of 6.61% and a return on equity of 15.90%. The business’s revenue for the quarter was up 8.2% compared to the same quarter last year. During the same quarter last year, the firm posted $1.15 EPS.

Saia, Inc, through its subsidiaries, operates as a transportation company in North America. The company provides regional and interregional less-than-truckload services for shipments between 100 and 10,000 pounds; and other value-added services, including non-asset truckload, expedited, and logistics services.