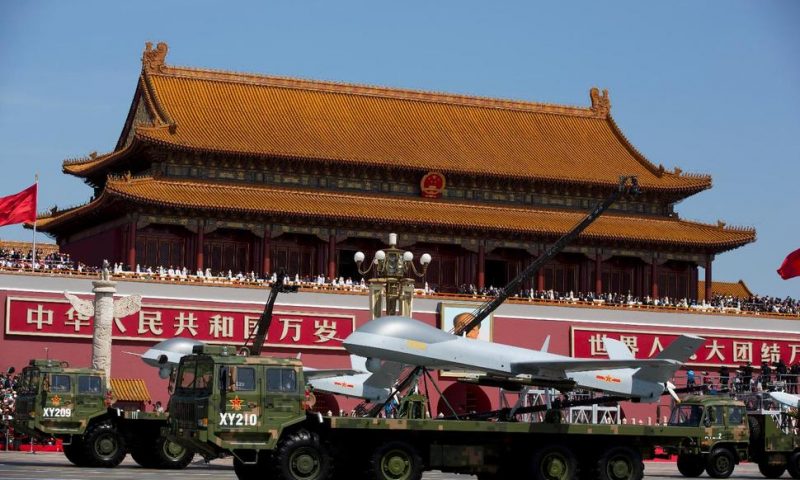 Serbia has praised China for boosting the Balkan nation’s military with drones and other equipment amid Western concerns that the arms buildup could threaten fragile peace in the region.

BELGRADE, Serbia — Serbia praised China on Tuesday for boosting the Balkan nation’s military with drones and other equipment amid Western concerns that the arms buildup could threaten fragile peace in the region.

A Serbian Defense Ministry statement after a visit by a high-ranking Chinese military delegation thanked Beijing for economic and military support.

Defense Minister Aleksandar Vulin said the delivery expected in the coming months “will greatly strengthen the Serbian military, which will gain capabilities it has not had in the past.”

Serbia was at war with its neighbors in the 1990s. The country, which is formally seeking European Union membership, has already been boosting its armed forces with Russian warplanes, battle tanks and other equipment.

China has increasingly been economically and politically active in Serbia and elsewhere in southeastern Europe as part of its global Belt and Road campaign. The engagement near or within NATO’s turf have triggered Western concerns over rapidly increasing Chinese influence in the region.

Serbia has reportedly agreed to the delivery of nine Chengdu Pterodactyl-1 drones, known in China as Wing Loong, with a possible future order of additional 15. The combat drones are able to strike targets with bombs and missiles and can be used for reconnaissance tasks.

There are fears in the West that the arming of Serbia by its allies Russia and China could encourage the Balkan country toward another war, especially against its former province of Kosovo that proclaimed independence in 2008. Serbia, Russia and China don’t recognize Kosovo’s statehood, while the United States and most of the Western countries do.