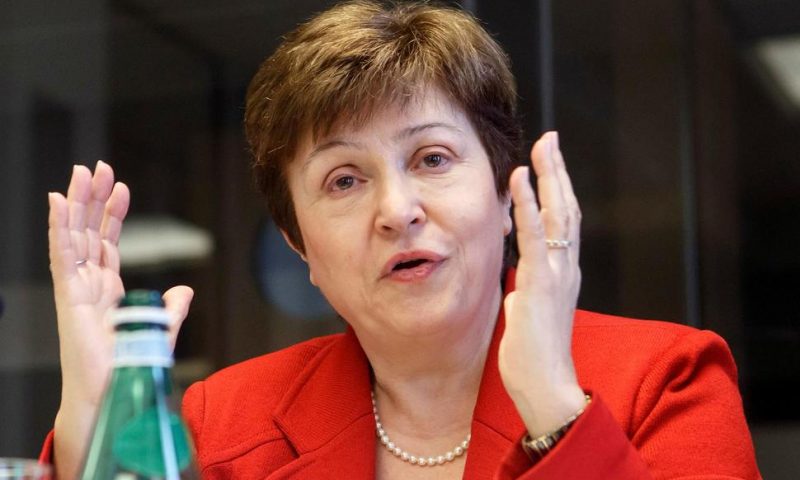 WASHINGTON — A top World Bank official from Europe is in line to head the International Monetary Fund with the organization saying that there is only one person nominated for the job.

Nominations are no longer being accepted, the IMF said Monday, and the group’s executive board will conduct interviews with Kristalina Georgieva of Bulgaria. Georgieva has served since 2017 as chief executive officer of the World Bank, the IMF’s sister lending organization.

The 189-nation IMF wants to name a successor to outgoing Managing Director Christine Lagarde by Oct. 4.

Georgieva is expected to adapt similar policy stances to Lagarde, who is stepping down from the IMF this week to lead the European Central Bank.

Eswar Prasad, an economics professor at Cornell University and a former top official at the IMF, said that Georgieva “certainly has strong credentials in the world of international finance.”

But he expressed disappointment that the search for a new IMF director was not broadened to include more IMF’s member countries, including a large group of developing economies.

“The process of her selection, which was orchestrated by a set of advanced European countries with the tacit support of the U.S. still reeks of a global governance system that is dominated by advanced economics who put their interest first,” Prasad said.

Earlier this year, the Trump administration successfully lobbied to get David Malpass, who was then serving in the administration as a top Treasury Department official, confirmed as head of the World Bank.

In addition to serving at the World Bank, Georgieva, 66, previously served as the European Union’s commissioner for human rights.

German Exports Grow in July, Offering Some Relief to Economy