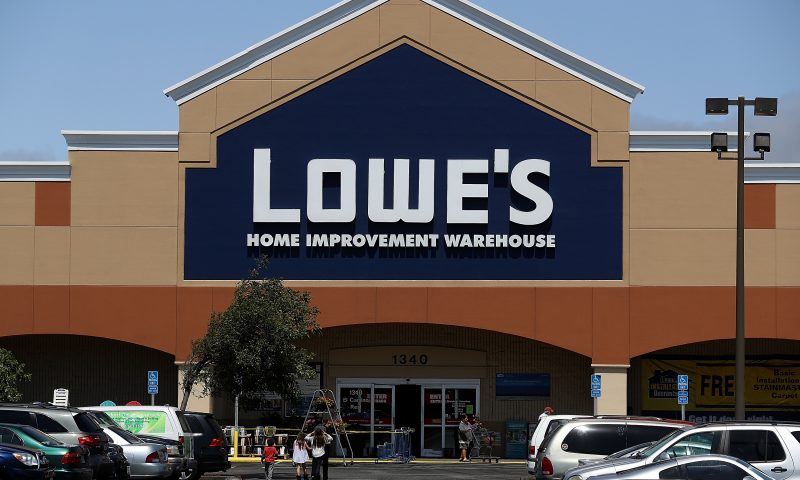 Lowe’s Companies (NYSE:LOW) last posted its quarterly earnings results on Wednesday, August 21st. The home improvement retailer reported $2.15 earnings per share (EPS) for the quarter, topping the Zacks’ consensus estimate of $2.00 by $0.15. The business had revenue of $20.99 billion during the quarter, compared to analysts’ expectations of $20.96 billion. Lowe’s Companies had a net margin of 3.52% and a return on equity of 111.09%. The business’s quarterly revenue was up .5% on a year-over-year basis. During the same quarter last year, the company posted $2.07 earnings per share.

In other news, EVP Donald Frieson purchased 2,030 shares of the company’s stock in a transaction that occurred on Wednesday, June 19th. The shares were bought at an average price of $98.69 per share, for a total transaction of $200,340.70. Following the completion of the transaction, the executive vice president now owns 10,980 shares in the company, valued at $1,083,616.20. The purchase was disclosed in a legal filing with the Securities & Exchange Commission, which is accessible through the SEC website. 0.07% of the stock is currently owned by company insiders.

The company also recently declared a quarterly dividend, which will be paid on Wednesday, November 6th. Investors of record on Wednesday, October 23rd will be given a dividend of $0.55 per share. The ex-dividend date is Tuesday, October 22nd. This represents a $2.20 annualized dividend and a yield of 1.92%. Lowe’s Companies’s dividend payout ratio is presently 42.80%.

Lowe’s Companies, Inc, together with its subsidiaries, operates as a home improvement retailer in the United States, Canada, and Mexico. The company offers a line of products for construction, maintenance, repair, remodeling, and decorating. It provides home improvement products in various categories, such as lumber and building materials, appliances, seasonal and outdoor living, tools and hardware, fashion fixtures, rough plumbing and electrical, paint, millwork, lawn and garden, flooring, and kitchens.