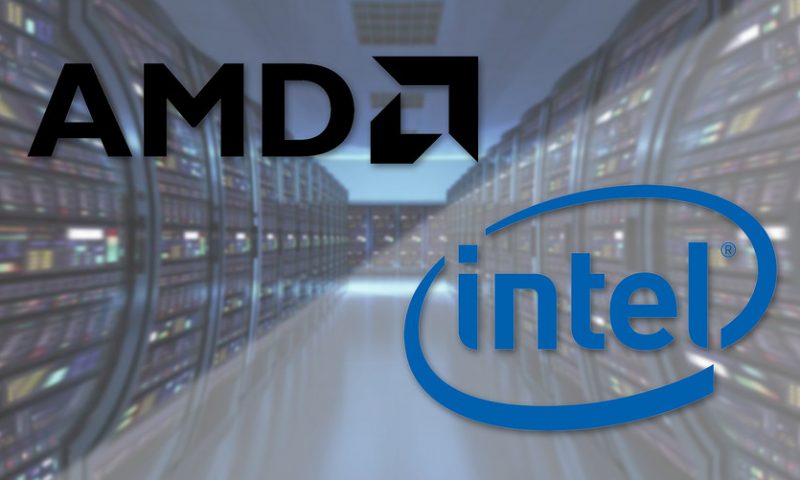 Chip stocks saw a second big day of gains Thursday as analysts digested Intel Corp.’s forecast of a recovery in cloud spending in the second half of the year.

On Wednesday, Jason Grebe, Intel’s INTC, +2.41% data-center group vice president, said at a Citigroup conference that cloud-provider buying patterns for the second half of the year are now back in line with expectations and “starting to get a little bit stronger.” It is much stronger language than other Intel executives have used as the chip giant faces a slowdown in cloud sales that has rippled across the industry and led to predictions of a second-half rebound.

Customer order patterns “seem to corroborate our story that first half was kind of an inventory drain, a burn off of the 2018 kind of big year,” Grebe said.

Bank of America Merrill Lynch analyst Vivek Arya, who has a buy rating on Intel and a $62 price target, supported Intel’s rosy outlook.

“Overall we forecast Intel’s [data center group] to grow 20%+ HoH in 2H19, which is well supported by Intel commentary earlier today as well as our cloud capex tracker that is indicating spending could surge 29% HoH after a weak 1H,” Arya said in a note.

Citi analyst Christopher Danley, however, had a more mixed view of Intel’s outlook. While cloud sales make up 60% of data-center sales, the other 40% is made up of enterprise sales, which are still sluggish and will likely continue that way “due to the slowdown in China and the soft global economy,” he wrote.

Danley also voiced concern over Intel’s willingness to get into a price war with Advanced Micro Devices Inc. AMD, +1.78% to combat share loss. Grebe said in his presentation that “from a pricing perspective, everything that we do is very, very targeted.”

“We continue to be concerned about a potential price war, which we believe would be negative for Intel and AMD,” Danley wrote.

AMD already displayed a willingness to price war with Nvidia earlier this year after Nvidia released a new line of gaming cards to compete against AMD, and AMD responded by cutting prices of its cards within days.

In broader comments, Cowen analyst Matthew Ramsay said he expects a slower-than-expected second half recovery “barring a broader recovery until a trade resolution is reached.” Ramsay sees a cautious positive read through for AMD and Nvidia with a more mixed outlook for Intel.

On Thursday, Nvidia shares rallied 6%, while AMD shares were only up 1.5%.