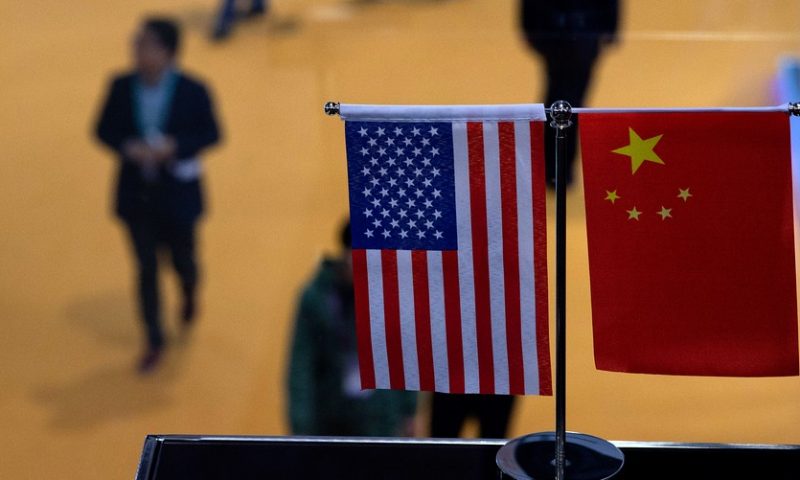 Call between Vice Premier Liu He and U.S. Trade Representative Robert Lighthizer tentatively set the stage for a resumption of talks

U.S. stocks closed solidly higher Thursday after American and Chinese officials declared a tentative resumption of tariff talks, viewed by Wall Street as a sign of progress in the yearlong trade conflict between the economic superpowers.

Also helping boost sentiment were a series of bullish economic reports, including data from ADP estimating the private sector added 195,000 jobs in August, and a better-than-expected reading on activity in the U.S. services sector.

How did the major benchmarks perform?

China’s Commerce Ministry, in a statement, said that Beijing and Washington had set a tentative date for “early October” after a conference call between Vice Premier Liu He and U.S. Trade Representative Robert Lighthizer, according to translated version of the text.

U.S. trade officials confirmed the talks and noted that both sides must hold discussions with lower-level officials to lay the groundwork for more serious negotiations to take place next month.

The communication between China and the U.S. comes after tariffs were raised by both sides over the weekend and another increase is set to take place in the coming weeks. The tariff dispute between the world’s two largest economies has proved to be a crucial driver for market sentiment because the trade battle has put pressure on the global economies and threatened to throw the U.S. into a recession.

A new round of Sino-American trade negotiations had been expected in September until President Donald Trump announced an increase to import duties and China declared retaliatory measures.

“Putting to one side the fact that these talks were supposed to be happening this month, and the fact that this has been a familiar pattern for two years now, markets still prefer to take an optimistic view,” wrote Michael Hewson, chief market analyst at CMC Markets, in a Thursday research note.

However, the analyst said that the recent news on trade developments reflects a familiar playbook in which the market rallies and then falls on reports of stalled progress.

“For now it appears that markets are looking to the horizon with optimism, then we’ll probably follow a familiar playbook of another President Trump Twitter tantrum, which will send markets lower, before we get more talk of possible talks, which then sees markets rise again, before a rinse and repeat,” he said.

U.S. stocks finished solidly higher Thursday, with the S&P 500 and the Nasdaq indexes more than wiping out losses from a day ago, as a survey on business conditions in the Federal Reserve’s key districts showed that economic activity in nonfinancial service sectors was steady or improving even while trade-stricken manufacturing and agriculture were weak.

Major Asian benchmarks also rallied on the back of easing tensions in Hong Kong, with Chief Executive Carrie Lam saying she would scrap an extradition bill that sparked months of protests and raised worries that those conflicts could eventually hurt the business environment and global financial markets.

Likely helping boost U.S. sentiment was data on the labor market, including payrolls processor Automatic Data Processing Inc.’s ADP, +2.10% estimate that the private sector added 195,000 jobs in August, above the 150,000 consensus expectation, according to Econoday. New applications for unemployment benefits, meanwhile, ticked up to 217,000 during the week ended Aug. 31, near historic lows.

“This morning’s ADP read really blew the doors off of estimates and will likely set expectations high for tomorrow’s read from the government, especially on the wage front,” Mike Loewengart, vice president of investment strategy at E-Trade Financial Corp., wrote in an email. “What investors really need to take away here is that this is yet another loud and clear sign that the economy continues to move along nicely despite pockets of weakness creeping up, and trade tensions mounting.”

Economists caution, however, that the ADP data hasn’t proven to be a solid guide to the official jobs report.

A final estimate of second-quarter productivity growth confirmed a 2.3% rise, after a 3.1% gain in the first quarter. Unit labor costs, however, were raised to a 2.6% gain from a 2.4% gain.

The labor readings come ahead of the important nonfarm-payroll report on Friday, which could give the most significant measure to date of the health of the U.S. economy.

The U.S. services sector slowed in August, according to the Markit Services Purchasing Managers’ Index, which fell from 53.0 in July to 50.7 in August, below the “flash” estimate issued two weeks ago. The more closely watched ISM nonmanufacturing index, however, came in at 56.4%, up from the 53.7% reading in July and above the consensus estimate of 54.2% expected by economists polled by MarketWatch.

Shares of Ciena Corp. CIEN, -3.83% fell 3.8%, even after the optical networking company reported fiscal third-quarter profit and revenue that rose above expectations, and provided an upbeat full-year outlook.

Palo Alto Networks Inc. PANW, +5.77%  reported fiscal fourth-quarter earnings after the close of trade Wednesday, beating forecasts for earnings and sales, while announcing the acquisition of internet-of-things company Zingbox for $75 million. Shares were up 5.8% Thursday.

Why silver may have more room to run