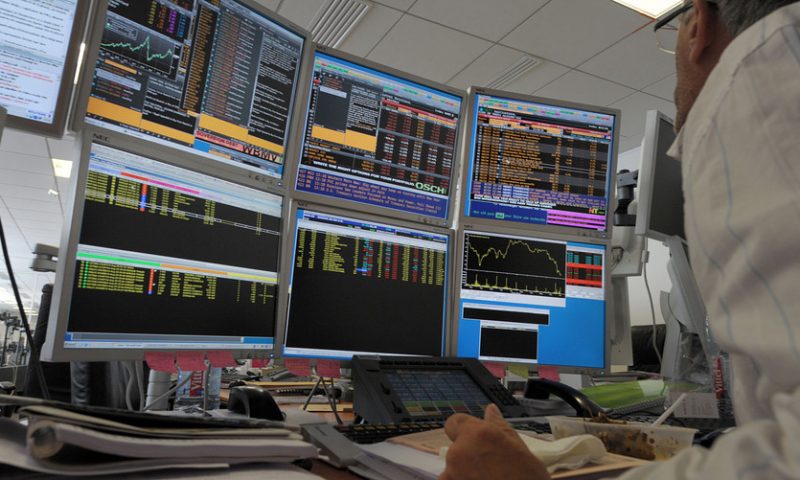 U.S. stocks finished solidly higher Wednesday, with the S&P 500 and the Nasdaq indexes more than wiping out losses from a day ago, as a survey on business conditions in the Federal Reserve’s key districts showed that economic activity in nonfinancial service sectors was steady or improving even while manufacturing and agriculture were unsurprising weak spots.

Major benchmarks climbed early in the session amid easing tensions in Hong Kong, the potential for new stimulus measures out of China and growing hopes that the U.K. could avoid a disorderly exit from the European Union.

The Fed’s Beige Book, an anecdotal account of financial conditions the central bank’s districts, isn’t necessarily a market moving report but have been closely followed of late for signs of stress in the system amid the yearlong Sino-American trade conflict.

The survey on Wednesday showed that overall the economy expanded at the same “modest pace” seen in earlier reports this year, despite intensifying tariff conflicts, highlighted this weekend by the U.S. and China following through on implementing increases to respective import duties. Still, a majority of business owners “remain optimistic about the near-term outlook,” the Fed found.

Manufacturing and agriculture, however, were the two weak spots in the late summer and shouldn’t be a surprise to investors after a report on Tuesday, the Institute for Supply Management’s purchasing manager’s index, showed a reading of 49.1 last month, down from 51.2 in July, its lowest since January 2016. Any reading below 50 indicates contraction.

Wall Street stocks had been bouncing back after upbeat news from Hong Kong set the tone for global markets after Chief Executive Carrie Lam said she would scrap an extradition bill that sparked months of protests in the region and raised worries that those conflicts could eventually hurt the business environment and global financial markets.

Although the withdrawal of the extradition bill only meets one of five demands from protesters, mostly young students, it has given investors some cause to cheer. Hong Kong stocks jumped 3.9% on the reports, as gauged by the Hang Seng Index HSI, +0.38% , marking its biggest one-day gain since November.

Also boosting optimism toward the greater Chinese economy were state-media reports, cited by Reuters, that the People’s Bank of China will soon implement cuts in the reserve requirement ratio for Chinese banks, in a move that analysts predict will boost growth and signals willingness by the government to take steps necessary to combat the effects of higher U.S. tariffs on Chinese imports.

“If you want to celebrate by showcasing prosperity, sovereignty and peace, you don’t want to be doing so against the backdrop of protests and a slowing economy,” he said.

Meanwhile, the U.K. Parliament late Tuesday took steps toward preventing a no-deal exit from the European Union. Newly installed Prime Minister Boris Johnson suffered a major defeat as lawmakers voted to seize control of the Brexit agenda, prompting him to threaten to call for snap elections.

Still, the 328 to 301 vote on Tuesday, clears the way for Johnson’s opposition to introduce a bill later Wednesday to prevent Britain from leaving the EU without a deal Oct. 31.

Pierre Veyret, technical analyst at ActivTrades wrote in a daily research note that the optimism over political developments has renewed investors’ buying appetite after a selloff a day ago, which marked an ugly start to trading in September.

“This renewed confidence has quickly spread to the rest of the world, especially Europe, where investor sentiment had already been boosted by political events in the U.K…,” he said.

Also on investors’ radar were a series speeches from Federal Reserve officials Wednesday, including comments by New York Fed President John Williams at a Euromoney conference in New York that signaled while the U.S. economy remains in a “favorable place,” the outlook was worse than previously thought, leaving the door open for the Fed to cut rates for the second straight meeting, set for Sept. 17 and 18.

Dallas Fed President Robert Kaplan, a nonvoting member of the Fed’s interest-rate setting committee, told an audience in Toronto that he is keeping an eye on consumer surveys to determine whether a slowing economy is affecting this key engine of the U.S. economy, according to Bloomberg.

Separately, Chicago Fed President Charles Evans said Wednesday that the central bank estimates “that the U.S. economy’s trend growth potential currently stands at around [1.75%],” and he said it could go to 1.5% or below, if the economy sees less competition and less innovation, as well as more immigration restrictions, The Wall Street Journal reported.

In other data, the U.S. trade deficit fell nearly 3% in July on rising exports, though the balance remains higher than last year, despite efforts by the Trump administration to reduce it.

Shares of coffee-chain Starbucks Corp. SBUX, -0.68%  closed 0.7% lower after the company cut its forecast for earnings-per-share growth in fiscal 2020, citing a “pull forward” of expected share repurchases into 2019.

Shares of Tyson Foods Inc. TSN, -7.75%  fell 7.8% after the processed foods manufacturer lowered its earnings-per-share guidance for the full-year 2019 after the markets closed Tuesday.

United Airlines Holdings Inc. UAL, +0.91%  was in focus after the airliner reaffirmed its guidance for unit revenue growth, despite weak-than-expected demand from China. Shares rose 0.9% Wednesday.

Shares of Michaels Cos. Inc. MIK, +11.79%  rallied nearly 12% after the arts-and-crafts retailer topped estimates for its fiscal second quarter and offered upbeat guidance.