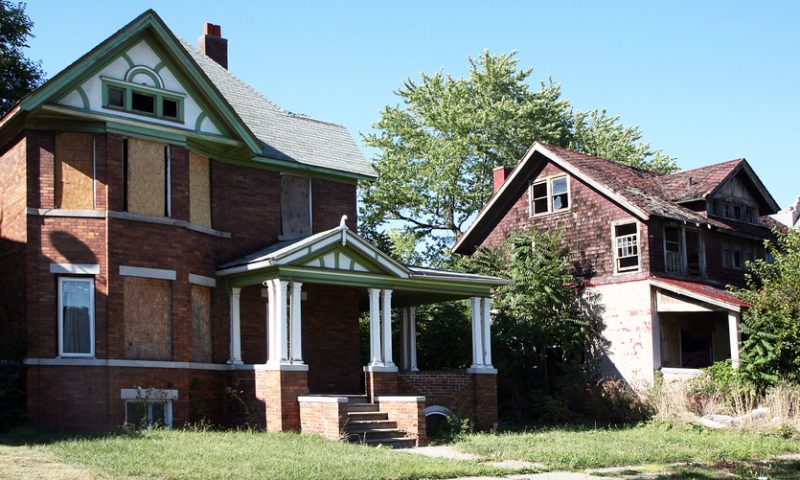 The massive wave of foreclosures that wreaked havoc on communities across the country is among the most significant hallmarks of the previous recession.

But new research is shedding light on how much worse foreclosures made the last downturn in the nation’s housing market.

A new working paper authored by researchers at Boston University and Stanford University investigates the ways in which foreclosures exacerbate a housing bust and reduce prices for non-distressed homes. The researchers also investigated foreclosure mitigation approaches and proposed a novel way through which government officials could stem the onset of future housing downturns.

For starters, the wave of foreclosures caused major financial losses for lenders — especially when they kept the loans on their books rather than securitizing them or selling them to mortgage giants Fannie Mae FNMA, +1.76%  and Freddie Mac FMCC, +1.64%.

These losses ate up the available funds that could be used to extend new loans to consumers. As a result, lenders were forced to ration credit more aggressively, leading to a larger share of potential borrowers being denied mortgages. That dampened both housing demand and home prices.

The “foreclosure flag effect” also helps maintain a depressed housing market. Homeowners who are foreclosed upon are flagged as risky by credit bureaus and, as a result, they’re unable to get another loan to buy a home for an extended period of time.

“Both the lender-rationing effect and foreclosure-flag effect result in an imbalance of buyers and sellers, reducing the probability that a seller contacts a buyer and lowering equilibrium prices,” the researchers wrote.

Meanwhile, those people who can afford to buy a home (or qualify for a mortgage) are presented with more options. Foreclosed properties are typically sold at a major discount, so these “choosey” buyers become more selective, driving values of non-foreclosed homes down even further.

Researchers estimated that the choosey-buyer and foreclosure-flag effects accounted for 32.3% of the decline in aggregate home prices during the last housing crisis, while the credit rationing lenders engaged in represented another 27.1% of the drop in prices.

Altogether, the initial shock that caused prices to start declining in the first place actually only caused approximately 41% of the decline in aggregate prices and 52% of the decline in prices for non-distressed homes, the researchers said. In the last housing crisis that sparked the Great Recession, the housing market became over-saturated with stock and home prices plunged in many areas. (The builders were responding to the high demand for homes fueled by the subprime mortgage boom.)

How the government could best address foreclosures

The researchers compared four approaches to mitigating the negative impact of foreclosures and housing downturns:

• Slowing down the rate of foreclosure completions

• Reducing the principal owed on loans through mortgage modifications

Researchers found the last approach to be especially effective. With this strategy, the government buys homes that were owned by people who have missed mortgage payments and then holding onto the property until demand for homes rebounds. Researchers found that this approach leads to a 40.3% decrease in the number of foreclosures and a 44.8% smaller decline in home prices nationally.

Researchers calculated that the total cost to the government of buying these homes would be $2,150 per household in the test scenario, not including the costs of maintaining the properties while they are vacant. This cost reflects the up-front expense of purchasing a home from its distressed owners, the researchers explained, net the eventual proceeds the government earns when it sells the property later on to a new buyer.

It appears to be more effective than the alternative: Bailing out 50% of lenders’ foreclosure-related losses would cost $2,175 per household. However, a bailout of that size only reduced the number of foreclosures by 19.3%, the report added.