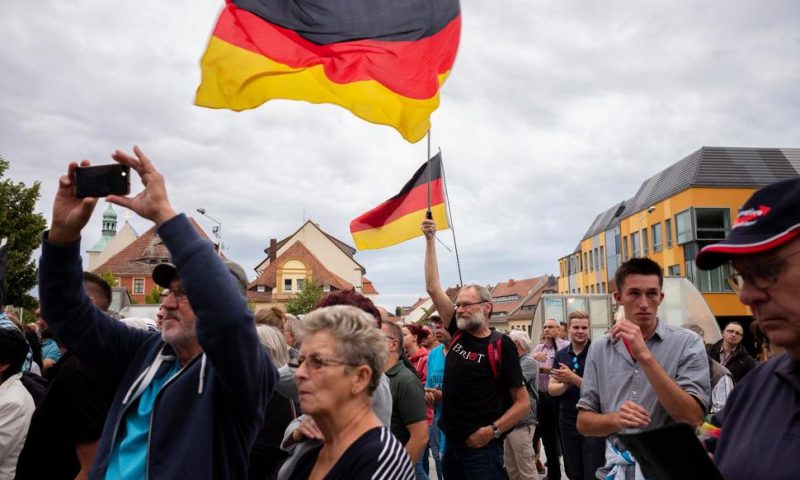 Two states in eastern Germany are holding elections that could bring big gains for a far-right party.

Voters in Saxony, a region of around 4.1 million people bordering Poland and the Czech Republic, and neighboring Brandenburg, which has 2.5 million inhabitants and surrounds Berlin, elect new state legislatures on Sunday.

The formerly communist east has become a stronghold for the 6-year-old Alternative for Germany, or AfD, which is hoping for a possible first-place finish in at least one state. Saxony has been governed since German reunification by Merkel’s Christian Democratic Union and Brandenburg by the center-left Social Democrats, its partners in the national government.