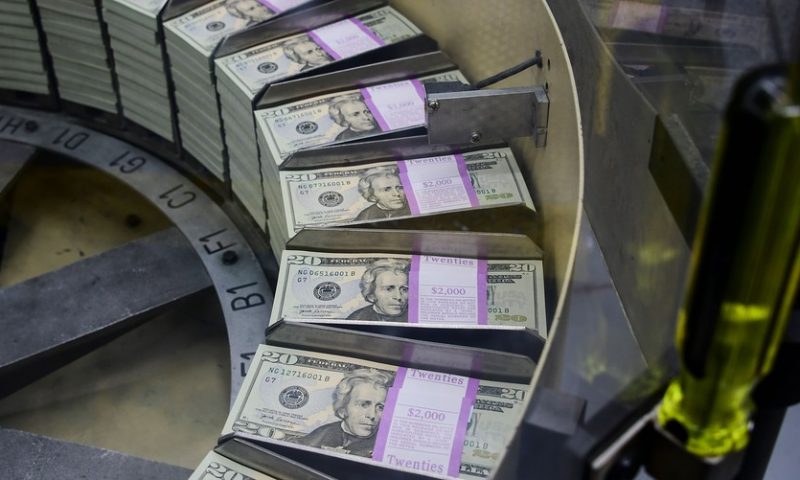 A tumultuous August underlined the stock-market’s vulnerability to an escalating trade war while driving bond prices to lofty heights.

Meanwhile, the accompanying drop in yields on Treasurys and other bonds — yields and bond prices move in opposite directions — eroded the attraction of government debt for some investors. As an alternative, money managers say investors may want to put some money in higher-dividend-paying equities that tend to outperform when markets swoon.

“Conventional wisdom holds that you invest in bonds for yield and equities for capital appreciation,” wrote Jonathan Golub, chief equity strategist at Credit Suisse. But now, stocks offer the “best of both,” he said.

“If you do have that flexibility, income alternatives within the equity space can look attractive once those lines cross over,” said Marvin Loh, senior global markets strategist at State Street, in an interview.

How tumultuous was August? Treasurys soared as investors looked for havens amid an intensifying U.S.-China trade war. That sent yields tumbling, with the 10-year yield dipping below 1.50% and the 30-year yield falling to an all-time low below 2%. Stocks tumbled, with the S&P 500 SPX, +0.06%  down more than 5% for the month at its low.

Toned-down language out of Beijing and Washington soothed nerves somewhat in the past week, with the S&P 500 rallying 2.8% and trimming its monthly loss to 1.8%. The Dow Jones Industrial Average DJIA, +0.16%  logged a 3% weekly rise to trim its August loss to 1.7%. The S&P 500 remains up around 16.7% year to date, while the Dow is up around 13.2%, with all major indexes a few percentage points away from all-time closing highs booked in July.

The value of high-dividend stocks as a source of stable performance was demonstrated in August. Utilities, real estate and consumer staples — all known for funneling their profits to shareholders year after year and traditionally popular defensive plays — were the only S&P 500 sectors to score gains in August.

These industries are more resilient to the worsening of trade tensions because their revenues mostly come from domestic sources.

The dynamics “that have driven yields lower — trade tensions — have contributed to the rally in utility and real-estate stocks,” said Michael Reynolds, investment strategy officer at Glenmede.

With the bond market at historically expensive levels, some say it may have limited room to rally if investor sentiment deteriorates. Values for longer-maturity bonds are also more vulnerable to an easing of trade tensions or a burst of inflationary pressures if they lead to a sudden surge in interest rates.

Mark Heppenstall, chief investment officer at Penn Mutual Asset Management, wrote that “the proliferation of negative yields across the globe has threatened the valuable diversification that high quality bonds have historically offered investors.”

Still, bond investors say that defensive stocks are no replacement for government debt as a hedge against a market downturn.

“Bonds are becoming an expensive insurance policy, but when you look at the landscape for available assets that can produce a negative correlation to equities, Treasurys are usually at the top of the list,” Gary Pzegeo, head of fixed income at CIBC Private Wealth Management, told MarketWatch. A negative correlation indicates the tendency for the values of two assets move against each other, that is, when risk assets swoon, bond prices surge.

Adrian Helfert, director of multiasset strategist at Westwood Holdings Group, said higher dividend stocks can be seen as more resilient because of their record in delivering a steady income stream. But “when markets go down, dividends get cut and that gets priced in for some securities,” he said, in an interview.

In the event of a recession, corporate executives may have to slash payouts to shareholders to protect their own balance sheets. It’s why investors say its important to examine which companies’ earnings were robust and stable enough to weather an economic slowdown.

“To get real stability, we look for stocks that have increased their dividends over a long period of time,“ said Trey Welstad, portfolio manager at Integrity Viking Funds, in an interview.

Looking ahead, investors face a holiday-shortened week, with markets closed Monday for Labor Day. The economic calendar features the Institute of Supply Management’s closely watched manufacturing index on Tuesday, while the August jobs report is due on Friday.

And investors will hear from Federal Reserve Chairman Jerome Powell a few hours after the employment data hits the tape. He is scheduled to deliver a speech in Switzerland at the University of Zurich at 12:30 p.m. Eastern.

As for corporate earnings, Slack WORK, -4.47%, Palo Alto Networks Inc.PANW, +1.73%, Zoom Video Communications Inc. ZOOM, -6.81% and Lululemon Athletica Inc. LULU, -0.75% will all release their second-quarter results in the week ahead.