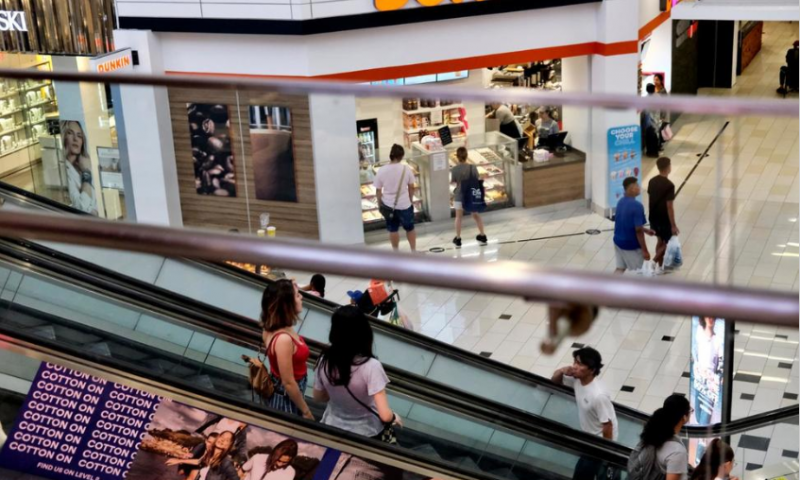 WASHINGTON — Consumer confidence dipped slightly in August after a big rebound in July.

The Conference Board, a business research group, said Tuesday that its consumer confidence index edged down to 135.1 in August, slightly below a July reading of 135.8, which had been the highest since November. Economists had been looking for a bigger drop in August.

The reading on consumers’ assessment of current conditions improved and now stands at its highest level in nearly 19 years.

Conference Board economists say that while other parts of the economy have shown some weakness, consumers have remained confident and willing to spend. The hope is that consumer spending can cushion the adverse effects to the U.S. economy from trade wars and a global slowdown.

But Lynn Franco, senior economic director at the Conference Board, said, “If the recent escalation in trade and tariff tensions persists, it could potentially dampen consumers’ optimism regarding the short-term economic outlook.”

The overall economy, as measured by the gross domestic product, slowed to growth at an annual rate of 2.1% in the April-June quarter, compared to 3.1% GDP growth in the first quarter.

However, the drop would have been much more severe except consumer spending surged to a growth rate of 4.3% in the second quarter. Economists are looking for consumer to keep spending at slightly slower rates in the second half of this year.

For August, consumers’ assessment of current business and labor market conditions increased from 170.9 in July to 177.2 in August, the highest reading since November 2000.

A Decade After a Split, the Marlboro Men Seek a Reunion