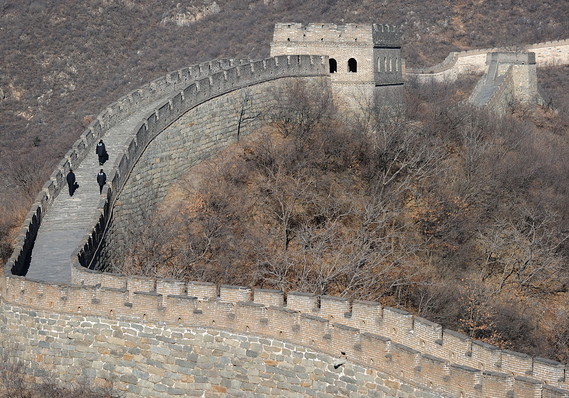 Investors and businesses hate uncertainty, but get used to it

Investors and businesses, goes a Wall Street truism, hate uncertainty and don’t react very well to it. Well, get used to uncertain times: The Chinese trade fight isn’t ending anytime soon — and neither is the threat it poses to the U.S. economy.

He urged big American companies to move their operations out of the Asian country. He took to Twitter — where else? — to publicly attack Chinese President Xi Jinping for the very first time. And he suggested the Federal Reserve chairman was an “enemy” of the United States for failing to rapidly cut interest rates.

Then shortly after markets closed, Trump upped the ante and said he would raise tariffs on China again.

Trump has been sending lots of signals lately, but they’ve often been contradictory, making it hard to determine what he is going to do next. The uncertainty is spooking Wall Street and Main Street, with potentially negative implications for the U.S. economy.

“This latest trade salvo followed a cacophony of conflicting and confusing communications, on everything from tax cuts, to rate cuts, to trade talks, to Brexit, and even to Greenland,” said Douglas Porter, chief economist at BMO Capital Markets.

The president’s scattershot approach and worsening trade tensions with China have cast a shadow on a U.S. economy that’s actually been expanding at a steady pace. Although the economy is not as strong as it was last year, it’s held up better so far compared to most other nations where growth is fading.

Some damage has clearly been done, however.

U.S exporters and manufacturers, for instance, have suffered from waning demand for their goods. And soybean and other farmers have sometimes been frozen out of the critical Chinese market. The latest Chinese tariffs target soybean farmers again.

Chief economist Scott Anderson of Bank of the West likened the current environment to white water rafting on a river with lots of bends and turns.

“Brace yourself for choppy water,” he warned, “and maybe a number of rapids to maneuver around.”

What remains to be seen is whether the growing uncertainty causes businesses and consumers to retreat into a shell, threatening a record economic expansion now in its 11th year.

A pair of reports this week on consumer confidence and consumer sentiment will probably reflect some of the angst, economists predict. And a key measure of business investment found in the monthly report on U.S. durable-goods orders is also likely to be weak.

The good news is, Americans continue to spend enough money to keep the economy plowing over choppy waters and careening ahead. The best jobs market and lowest unemployment rate in decades has boosted incomes and given workers more security in their jobs.

A slower growing U.S. economy, however, is also more vulnerable to what economists call “external shocks.” A trade war that crimps corporate profits and leads to more layoffs would certainly be one of them.