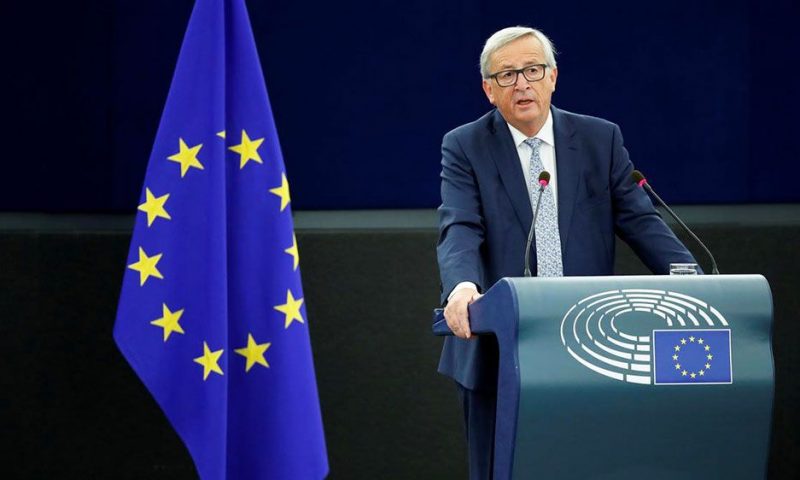 Switzerland says the European Free Trade Association, a group of four countries outside the European Union, has largely concluded a free-trade agreement with the Mercosur bloc including Brazil.

BERLIN — THE European Free Trade Association, a group of four countries outside the European Union, has largely concluded a free-trade agreement with Mercosur, a South American trade bloc that includes Brazil.

The Swiss economy ministry said Saturday that the agreement “in substance” was reached in Buenos Aires Friday and ultimately will see some 95% of Switzerland’s exports to Argentina, Brazil, Paraguay and Uruguay free from tariffs. It said it also would prevent EFTA — whose other members are Iceland, Liechtenstein and Norway — being put at a disadvantage to the EU, which has reached its own trade deal with Mercosur.

The Swiss statement said that the accord includes “provisions on climate protection and the sustainable use of forest resources.” Its signing is expected by early 2020 and Switzerland aims to ratify it by 2021.

Announcing the deal on Twitter late Friday, Brazilian President Jair Bolsonaro called it a “big victory” for Brazil in efforts to open up trade with other countries.

News of the EFTA deal came just as France and Ireland were threatening to block the EU-Mercosur deal over fires ravaging part of the Amazon rainforest in Brazil.

Swiss Economy Minister Guy Parmelin argued that past EU trade accords also have faced obstacles but ultimately were ratified. He said in Bern that “the fact today is that the EU countries have made a decision — this could last a year, two years or three years, perhaps it will fail — but if it does not fail … and we have nothing, we have a huge problem for our companies.” Regarding the forest fires, he indicated that the accord offers a platform to better discuss such issues and exert pressure.

In Norway, the center-right government faced criticism from the opposition and environmentalists.

Anja Riise Bakken of the environmentalist NGO Future In Our Hands said she found it “terribly difficult to understand” how her country could enter such a deal “while the Amazon is burning”. She said Norway risks losing its credibility built over past years as a rainforest advocate.