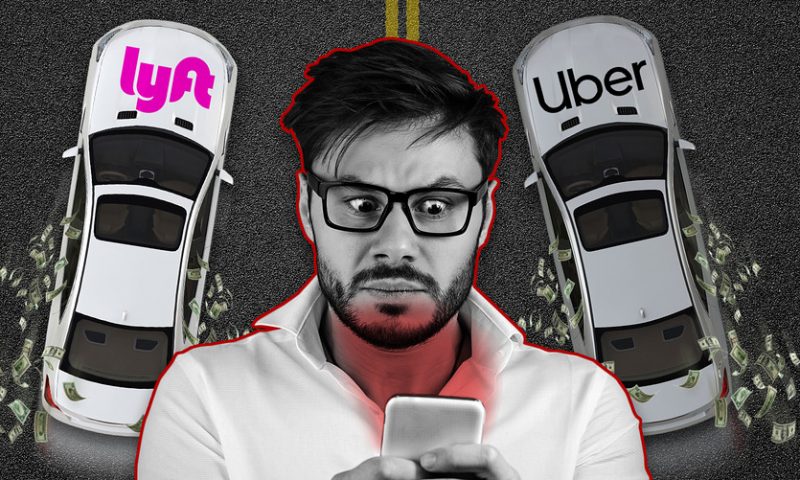 Uber Technologies Inc. and Lyft Inc. were expected to lose money for a while after their initial public offerings, but so far the two ride-hailing companies are losing more than just money.

Since Uber UBER, -2.20%  and Lyft LYFT, -1.94%  made their earnings debuts, they have both lost the same two top executives — their chief operating officers and chief marketing officers. Uber announced the departure of its COO and CMO just a week after reporting earnings for the first time, while Lyft‘s COO surprisingly exited in late July, following its CMO out the door. Uber didn’t stop there, losing three board members since the IPO and slashing roughly a quarter of its marketing staff.

Meanwhile, it is possible that gains for Uber and Lyft could be showing up in how much its customers pay. Both companies suggested in their first earnings report that their pricing war may be coming to an end, and at least one analyst said that prices seemed to be going up for Uber in areas where smaller rival Lyft is strong, as a way to attract drivers looking for bigger payouts.

Cutbacks in personnel and rising prices for services are likely necessary for Uber and Lyft to ever approach profitability, as MarketWatch’s Therese Poletti pointed out when they went public. Uber is expected to report more than $3 billion in quarterly losses Thursday as it swallows the bitter stock-based compensation pill from its IPO exercises. Lyft recognized those costs in its previous earnings report, so its quarterly losses are expected to be less than half a billion dollars — but not much less — in a Wednesday report.

The losses investors care about the most, though, are in the two companies’ stock prices, which have closed higher than their respective IPO prices in just two trading sessions so far for each company. As of Friday afternoon’s close, Uber was trading more than 10% lower than its $45 IPO price, while Lyft was trailing its $72 initial price by more than 18%.

Beyond the two young ride-hailing companies, the coming week will be slower than the past two, with one Dow Jones Industrial Average DJIA, -0.37% component and roughly 65 S&P 500 SPX, -0.73% companies expected to reveal their quarterly results, according to FactSet.

The single Dow component on the week’s docket is The Walt Disney Co. DIS, -0.10% , which will serve as a counter to the money-losing businesses of Uber and Lyft. Disney is expected to show off roughly $3 billion in adjusted profit Tuesday afternoon, as it rakes in money from the biggest box-office blockbuster of all time, “Avengers: Endgame,” as well as the opening of “Toy Story 4.” The film business is expected to report record quarterly operating profit of more than $1 billion.

Chief Executive Robert Iger will likely continue to talk about Disney’s new streaming service, scheduled to launch in November, and highlight the first quarter with full results from its big acquisition from Fox Corp. FOX, -0.76% . The company’s theme-park business is also receiving a boost in sales and profit from a ticket-price increase that went into effect in the previous quarter.

Fox will drop its earnings on Wednesday, while CBS Corp. CBS, -0.43% and Viacom Inc. VIAB, -0.47% are scheduled for earnings on Thursday as those two companies approach an expected merger. Streaming-platform company Roku Inc. ROKU, -0.31% is also scheduled to report earnings Thursday, as is AMC Entertainment Holding Inc. AMC, +3.20% .

• After the big flood of results early in each quarter, retail companies take their turn in the spotlight, which begins in the coming week. CVS Health Corp. CVS, +0.61% , Costco Wholesale Corp. COST, -0.75% and Office Depot Inc. ODP, -0.53% are all expected to report earnings on Thursday.

• Kraft Heinz Co. KHC, -0.98% has been silent on the earnings front since a horrible report that included news of an SEC investigation in February, but is expected to report earnings for the first half on Thursday. Fellow struggling food purveyor Blue Apron Inc. APRN, -9.62% is scheduled to report Tuesday. Pot company Cronos Group Inc. CRON, +8.72% is on the docket for Thursday.