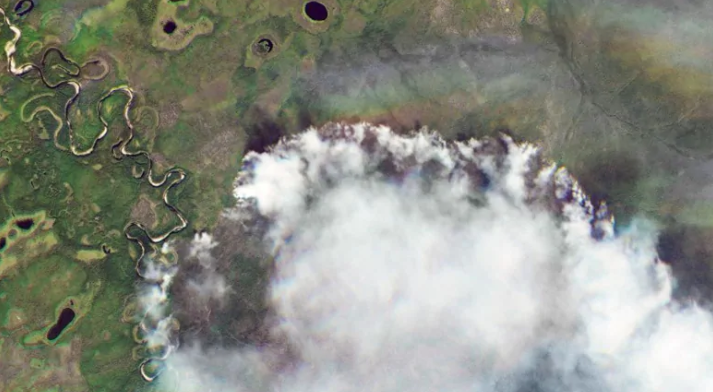 ‘It is impossible to breathe and work,’ says source at eastern Siberian operation

Russian output fell to a near three-year low in early July after tainted oil was discovered in a pipeline supplying Europe, driving down exports. Russian production has since recovered to about 11.15 million barrels per day.

Rosneft, GazpromNeft and other firms are now struggling to keep Siberian fields running as forest fires sweep across the area, although the immediate impact on Russian output is not yet clear.

A source with an oil servicing firm in Kuyumba, an east Siberian deposit operated by state-run Rosneft, said drilling on some sites was completely halted for several days last week and smoke delayed helicopters ferrying staff.

“Sometimes visibility is about 20 metres … It is impossible to breathe and work. We had to suspend all activity for a few days last week,” said the source, adding that he was not aware of the level of lost output.

Like other sources who spoke to Reuters, he asked not to be named as he was not authorized to speak to the media.

Rosneft spokespeople declined to comment. But a company source said Rosneft had taken steps to ensure its staff and facilities were safe, and said the fires would not affect overall production.

Rosneft, whose total output is about 4.6 million bpd, has said it plans to triple oil output from its three new large Siberian oilfields — Kuyumba, Tagulskoye and Russkoye — to 120,000 bpd this year.

GazpromNeft, which is developing Kuyumba with Rosneft, declined to comment. The Russian energy ministry did not respond to a request for comment.

Tackling the blaze
Russia sent military planes to help firefighters battling the fires engulfing more than 3.1 million hectares, an area roughly the size of Belgium or the U.S. state of Maryland.

The region ablaze includes remote, uninhabited forest in Krasnoyarsk, Yakutia and Irkutsk, creating what environmentalists have called an ecological catastrophe.

The U.S. space agency NASA said this week its satellite imagery showed smoke from fires had wafted from Siberia and the Far East all the way to Alaska and along Canada’s west coast.

U.S. President Donald Trump offered Russian President Vladimir Putin help in tackling the blaze, in a rare phone call on Wednesday. Putin said he would take up the offer if needed.

A source with a mid-sized oil company in the Irkutsk region said the situation was “very serious” but had not hit output, partly because companies had learned from past experience.

Digging trenches to hold water
“Back in 2016, we had to suspend production after wildfires damaged power stations. This year, we are taking additional measures by digging in trenches around facilities and filling them with water,” said the source.

He said his firm had brought in additional medical staff.

Russian oil production stood at 11.15 million bpd in July, after sliding to a three-year low of 10.79 million earlier in the month as a result of the problem of contaminated oil found in the Druzhba pipeline in April.

Energy Minister Alexander Novak said in July Russian oil output would be 11.17 million to 11.19 million bpd, in line with Moscow’s commitment made in a pact on cutting supply agreed with the Organization of the Petroleum Exporting Countries.