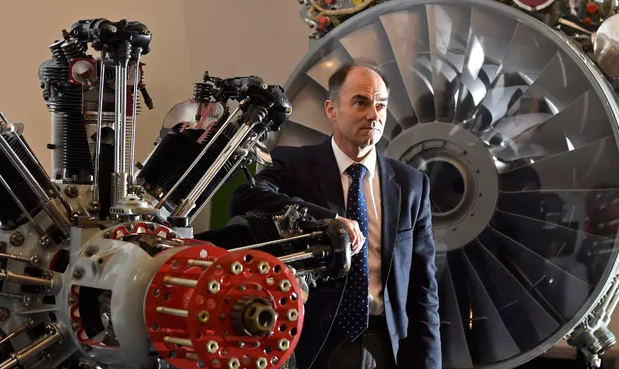 The engine maker is set to reveal a modest half-year profit this week, but there are dark skies ahead for boss Warren East

Concern about the effects of a no-deal Brexit on the economy is increasing. The pound fell again last week, the Bank of England warned about the threat of recession, and manufacturing activity contracted for the third month running.

Rolls-Royce, which reports first-half results on Tuesday, is bound to face questions about how it will fare if Britain dumps itself out of the EU on 31 October. With operations in nine EU countries, the aerospace company’s business is highly integrated with the single market. It makes engines for Airbus’s planes, produced in Toulouse, and has a factory in Dahlewitz, near Berlin, that employs about 10,000 people.

Rolls-Royce has some advantages over other manufacturers under a no-deal Brexit. First, the aerospace industry already operates under World Trade Organisation rules, so there will be no extra tariffs. Second, it works at a steadier pace than the car industry and doesn’t rely on just-in-time deliveries of parts hurtling back and forth across the Channel.

But Rolls-Royce has warned that Brexit could upset its supply chain and constrain it from hiring the best-qualified people. It has spent up to £100m stockpiling parts at its main Derby plant and at Dahlewitz to minimise disruption. It has also discussed using Airbus’s giant Beluga transporter planes to deliver engines made in Derby to France and Germany.

Those plans, however thorough, still rely on the companies in Rolls-Royce’s supply chain getting their parts delivered smoothly.

Rolls-Royce’s boss, Warren East, supported staying in the EU at the 2016 referendum and urged MPs to vote for Theresa May’s agreement before the now-abandoned March deadline. More recently, East has been less vocal, describing Brexit as a hassle that had to be dealt with. “I’m not sure we’re going to spend as much preparing for some deadline that might never happen,” he said in June. “It’s just an unnecessary distraction for businesses.”

Like many people, East may simply be fed up with discussing Brexit. Then again, with the government filled with Brexit hardliners, he may see no point in making himself unpopular with the new regime.

East, who has run Rolls-Royce for four years, has got plenty of other things to keep him busy as he seeks to restore the company’s place as the standard bearer for UK engineering. A series of profit warnings and a Serious Fraud Office investigation, now resolved, had damaged Rolls-Royce’s reputation.

East found a lumbering bureaucracy unable to respond quickly enough to changes in the industry. He chopped 600 senior manager posts and is in the middle of cutting another 4,600 jobs from the company’s workforce of about 50,000.

Rolls-Royce has had to set aside £1.5bn to fix faults with its Trent 1000 engines, whose turbine blades were wearing out too quickly, grounding customers’ planes. East has said Trent 1000 orders are on the increase after a grim patch last year.

David Perry, an analyst at JP Morgan Cazenove, argues there are problems ahead because the company has underestimated the cost of developing electric engines in response to pressure on the industry over emissions.

Last year, Rolls-Royce swung to an £803m loss, excluding financing costs, from a £1.2bn profit the year before, as it spent £790m fixing the Trent 1000’s faults. For the first half of 2019 analysts expect the underlying pre-tax profit, which excludes Trent 1000 costs and other one-offs, to rise to £95m from £81m.

Will Uber ever make money? Day of reckoning looms for ride-sharing firm