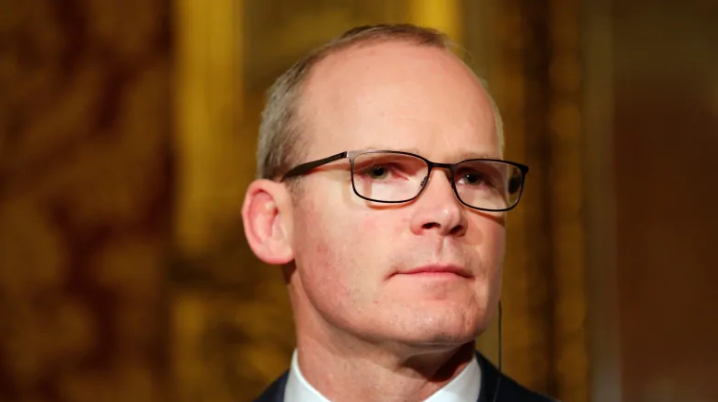 Ireland said on Friday that Prime Minister Boris Johnson’s approach to Brexit was “very unhelpful” and the new U.K. leader appeared set on a collision course with the European Union that would preclude an orderly exit with a deal.

Such biting criticism from Ireland, just two days since Johnson took office with a pledge to strike a new divorce deal with the EU, indicates the perils of the Brexit gambit chosen by Britain’s new government.

On entering Downing Street on Wednesday, Johnson cautioned that if the EU refused to negotiate, he would take the U.K. out on Oct. 31 without a deal, a step that would send shock waves through the world economy.

In an indication of business concerns about a disorderly exit from the EU, the Society of Motor Manufacturers and Traders said a no-deal Brexit was an existential threat to the U.K. car industry and would risk output.

Johnson spiced his pitch to the EU on Thursday by bluntly stating that one of the most hotly contested elements of the Brexit divorce agreement — the Irish border backstop — would have to be struck out if there was to be an orderly exit.

Ireland’s second most powerful politician, Foreign Minister Simon Coveney, said Johnson’s comments were “very unhelpful” and warned the new U.K. leader was not going to get a deal with such an approach.

“He seems to have made a deliberate decision to set Britain on a collision course with the European Union and with Ireland in relation to the Brexit negotiations,” Coveney told reporters in Belfast after meeting Julian Smith, Britain’s Northern Ireland minister.

“What I would like to do when I get a chance to speak to him is to get a sense from him as to what he is thinking and what his plans are. He has demonstrated a degree of flexibility in the past,” Irish Prime Minister Leo Varadkar told a politics forum.

“Dealing with counterparts, you only really get a sense of where they are going and what their real red lines are if you are in a tete-a-tete, a one-on-one meeting,” he said.

‘United’ Ireland talk inevitable if no-deal: Irish PM
While Ireland would be very badly affected by a no-deal Brexit, the relative importance of Ireland in the negotiations up-ends almost a thousand years of history in which Dublin has traditionally had a much weaker hand than London.

And the 500-kilometre land border between Ireland and Northern Ireland has always been the biggest stumbling block for an orderly Brexit.

Johnson told Parliament on Thursday he wanted to abolish the backstop, an insurance policy designed to prevent the return of border controls which were ended by the 1998 Good Friday peace agreement.

If Britain leaves the EU without a deal on Oct. 31, the question of planning for a future unification of Ireland and British-ruled Northern Ireland will inevitably arise, Varadkar said on Friday.

Asked at a politics forum if the Irish government intended to begin to publicly plan for a united Ireland, he said it did not as it would be seen as provocative by pro-British unionists in Northern Ireland.

“But in the event of a hard Brexit, those questions do arise,” he said.

“If Britain takes Northern Ireland out of the European Union against the wishes of the majority of people in Northern Ireland — takes away their European citizenship and undermines the Good Friday Agreement — in doing so, those questions will arise, whether we like it or not,” Varadkar said. “We are going to have to be ready for that.”

Over 3,600 people died in three decades of violence between Irish nationalists seeking a united Ireland and the and the British security forces and pro-British unionists.

The withdrawal agreement that then Prime Minister Theresa May struck in November with the EU says the United Kingdom will remain in a customs union “unless and until” alternative arrangements are found to avoid a hard border.

But many U.K. lawmakers oppose the prospect of being bound to EU rules and customs duties that would prevent the U.K. from doing its own trade deals and leave it overseen by EU judges.

The EU says it will not renegotiate the withdrawal agreement or the backstop protocol within it, but could rework the Political Declaration setting out post-Brexit trade terms that may offer a clearer way of avoiding the backstop.

“The approach that the British prime minister seems to now be taking is not going to be the basis of an agreement, and that’s worrying for everybody,” Coveney said.

Johnson makes contact with European leaders
German Chancellor Angela Merkel had a telephone conversation with Johnson on Friday and he has accepted her invitation to visit Berlin, Merkel’s spokesperson said.

The message from Berlin was frank.

“My message to the new British prime minister is clear: ‘Boris, the election campaign is over. Calm yourself down. We should be fair with each other,” Germany’s Europe Minister, Michael Roth, told ZDF television.

“What do not help are new provocations. Instead, dialogue — one must be able to expect that from the leader of a friendly nation, one that is still a member of the European Union.”

U.S. judge slashes $2B verdict against Bayer to $86M in Roundup case