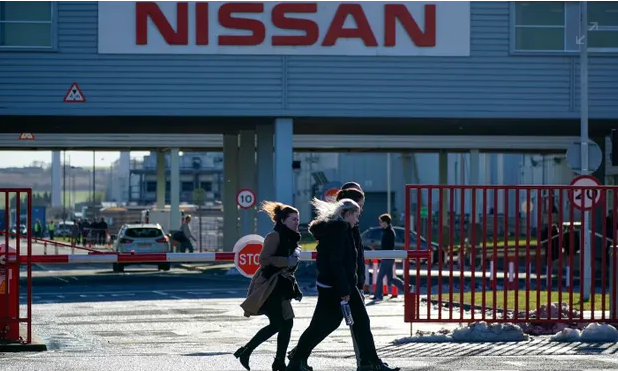 Nissan has announced it will cut 12,500 jobs globally over the next three years but the carmaker’s Sunderland plant appears to have avoided redundancies.

The Japanese company revealed it would cut almost one in 10 of its workforce after profit was virtually wiped out in the first quarter of its financial year.

Nissan, which employs about 8,000 people in the UK and 139,000 worldwide, did not disclose where the cuts would fall. However, the Financial Times reported that an analysts’ presentation referred to an initial round of 2,420 job cuts in the US and Mexico, 2,540 in India and Indonesia, 880 in Japan, and 470 in Spain. Trade union sources said they were hopeful no more jobs would go at Sunderland on top of 500 voluntary redundancies already taking place.

There have been doubts for the future of the Sunderland plant, the UK’s largest car factory, with Brexit adding to wider pressures on the carmaker. In February, Nissan cited uncertainty about Britain’s departure from the EU when it shifted production of its X-Trail model from Sunderland.

Nissan produces about 2,000 cars a day in Sunderland, where the company employs about 7,000 people and is one of the north-east’s most important employers. The plant is highly efficient but it relies on frictionless trade in Europe to receive millions of parts arriving every day.

Japan’s second-biggest carmaker announced the job cuts at the same time as results showing its profit nearly erased by falling sales and rising costs in the first quarter.

As part of the cuts programme Nissan will also reduce its global production capacity by 10% by the end of 2022 and cut the number of models it produces by 10%.

The company has been hit by falling sales in Japan and the US, where it is under pressure to discount prices to better compete with rivals.

It is also trying to recover from the arrest last year in Japan of its former chairman Carlos Ghosn over alleged misuse of company funds, which he denies. Ghosn led Nissan’s aggressive drive for market share in the US that has left it with a cheap image and thin profit margins.

Hiroto Saikawa, Nissan’s chief executive, said the job cuts would affect 14 factories, some of which could close. In May Nissan said jobs would go at eight sites, including Spain, where the company makes trucks and vans, and Indonesia.

“We are mainly targeting sites where we made investments to produce compact cars under the Power 88 plan,” Saikawa said, according to Reuters. “Profitability is very poor at the moment.”

Power 88 was the name for Ghosn’s aggressive push to achieve an 8% worldwide market share and 8% operating margin. Other countries where Nissan produces compact cars include Mexico, Russia, France and Thailand.

If, as expected, Sunderland avoids further job cuts in Nissan’s latest round it will be welcome news for the embattled UK car industry, which faces uncertainty over Brexit as well as problems affecting the industry in general.

Ford is shutting its Bridgend plant in south Wales with the loss of 1,700 jobs as the US company cuts 12,000 jobs in Europe. Honda’s closure of its Swindon plant will lead to 7,000 job losses with thousands more under threat in the supply chain. Jaguar Land Rover is also cutting thousands of jobs.

Car production in Britain has already declined 9% since the 2016 Brexit referendum and could halve if the UK leaves the EU without a deal, a recent study predicted.