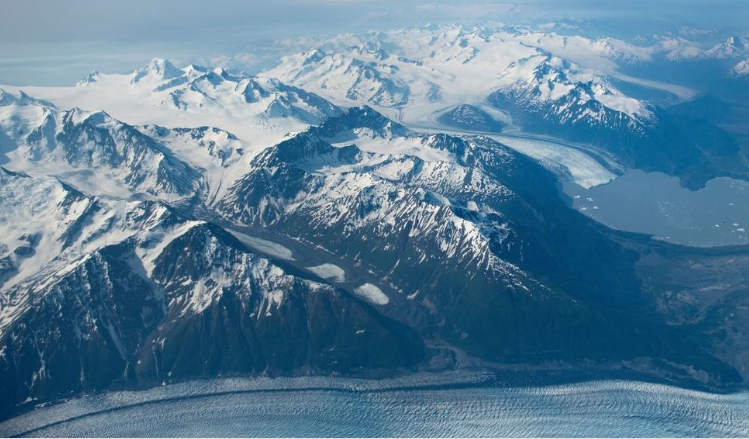 The melting rate of submerged sections of glaciers could be up to a hundred times faster than researchers previously thought, according to a new study.

UNDER THE OCEAN surface, glaciers could be melting up to a hundred times faster than researchers previously thought, according to a new study.

For the study, which is set to appear in the journal Science on Friday, researchers for the first time directly measured glacial melting beneath the water’s surface. They said their findings show that previous studies based on theoretical modeling drastically underestimated melting rates.

Researchers onboard a fishing vessel took sonar measurements of Alaska’s LeConte Glacier in August 2016 and May 2017. They also collected ocean, ice and atmospheric measurements.

“We found that melt rates are significantly higher than expected across the whole underwater face of the glacier – in some places 100 times higher than theory would predict,” study co-author Rebecca Jackson, an oceanographer at Rutgers University-New Brunswick, said in a press release.

The results “suggest a stronger coupling between the ocean and glacier than previously expected, and our work provides a path forward to improving our understanding of how the ocean impacts glaciers,” Jackson said.

The study also found that melt rates are higher in the summer than in the spring and that changes in the melting rate can lead to undercutting and uppercutting eating away at the glaciers.

The LeConte Glacier is called a tidewater glacier because it flows from the land into the Leconte Bay south of Juneau.

“Tidewater glaciers around the globe – in Greenland, Alaska, Antarctica and beyond – are retreating and raising sea levels globally,” Jackson said.

Jackson said the study shows that existing methodology based on theory is “wildly inaccurate,” adding that this “should lead us to be very skeptical of its current use in studying any tidewater glacier.”

IT Investments, the Safe Bet in Post-Soviet Countries