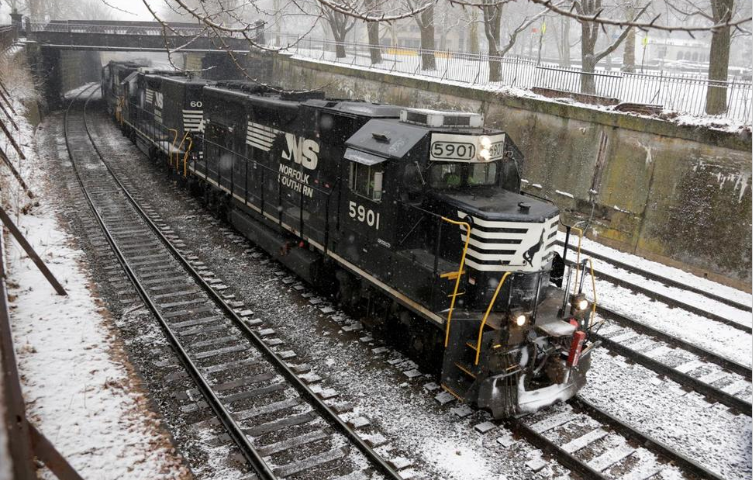 Norfolk Southern’s 2Q earnings chugged ahead 2% even though the railroad hauled 4% less freight because it was able to raise its shipping rates.

NORFOLK, VA. — Norfolk Southern Corp.’s earnings chugged ahead 2% even though the railroad hauled 4% less freight in the second quarter because it was able to raise its shipping rates.

The results fell short of the $2.77 per share that seven analysts surveyed by Zacks Investment Research predicted.

The railroad posted revenue of $2.93 billion in the period, which met Street forecasts.

“It was a disappointing earnings quarter,” Edward Jones analyst Jeff Windau said. “But they are just getting started with their reforms,”

Norfolk Southern said it implemented a package of reforms earlier this month that are designed to help it operate the railroad on a tighter schedule and move more freight with fewer people. The reforms are similar in concept to what all the major U.S. freight railroads have implemented over the past two years.

Norfolk Southern took a more deliberate approach to the reforms than some other railroads have, including holding 19 town hall meetings with employees and customers beforehand.

The railroad is in the process of building a new headquarters in Atlanta. Norfolk Southern operates about 20,000 miles of track in 22 states and the District of Columbia.